Pupster on the brink of sewerage extinction

Frank "Pupie" Raia, the decades long commissioner and current chair of the North Hudson Sewerage Authority is facing extinction on the HudCo board.

Multiple sources indicate all paths are closed for Raia's return.

Other NHSA municipalities: possible avenues for re-entry to a sewerage authority seat such as West New York and Weehawken are reportedly closed off. MSV wrote last fall in its popular Grist for the Mill series about a deal with Councilman Michael Russo seeing Raia drop out of the third ward council race.

The Pupster however is rumored to have been cutting deals every which way, then and now to stay on the NHSA but the end of Pupster days is in a countdown to the finish.

As a result, the wealthy developer will face the prospect of not receiving taxpayer paid health insurance benefits.

Trenton, the New Jersey state capital may need an alert to remove Raia from the taxpayer entitlement he's accustomed to over decades.

Officially, Frank Raia's NHSA commissioner term expires January 31st. Word is at the last NHSA meeting a bizzare spin was stated that "Raia is retiring" as if the board seat is a permanent employee position. 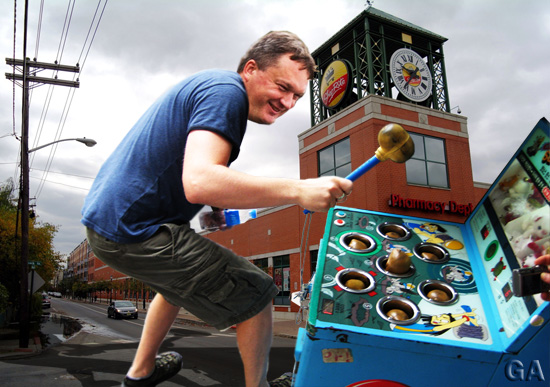 More on all this later with the end of an era in Hoboken and how a Giant wannabe tax cutter defeated a Vote by Mail king.

The exclusive feature will appear on MSV later today.