Yesterday, Grafix Avenger marked the passing of one year since the Hoboken SLAPP-suit trial tolled featuring some choice moments and legal testimony about a phantom email.

The testimony of Lane Bajardi's and Kim Cardinal Bajardi's attorney Jonathan Z. Cohen about said phantom email runs into a roadblock as the Honorable Patrick J. Arre, the trial judge on the matter of said SLAPP-suit is less than pleased with the lack of evidentiary proof.

Here's a snippet of trial testimony where the 1010 WINS News Director Ben Mevorach is highlighted as part of a phantom email no one has seen and isn't coming to testify on behalf of the plaintiff.

Are you picking up that smell yet? Oh how I love the smell of Bajardi misrepresentations in a SLAPP-suit. 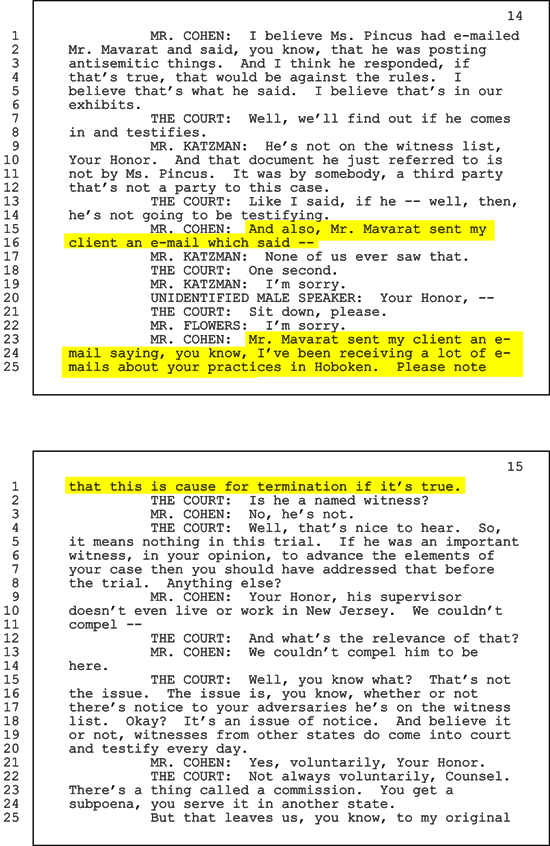 The complete Grafix Avenger SLAPP-suit feature and the importance to both Hoboken and SLAPP-suit victims everywhere is here: http://grafixavenger.blogspot.com/2016/01/one-year-ago.html


Things didn't fare any better when a hearing is held on the proposition Lane Bajardi is an expert on journalistic ethics.

Testimony by the failed plaintiff Lane Bajardi gets somewhat comical as the signature deflections to questions are not well received by the trial judge. Ethics and Mr. Bajardi don't exactly mix well as is soon self-evident not only in this snapshot moment but in the legal decision issued by the court: over $276,000 in sanctioned legal bills of defendants must be paid by SLAPPers Lane Bajardi and Kimberly Cardinal Bajardi.