Horse Sense: How to put the squeeze on LeperCon

Hoboken's improvement after the mardi gras St. Patrick's swarms takes a step back with LeperCon 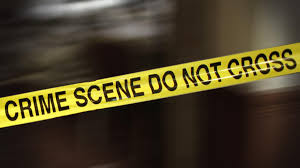 Progress in the annual invasion called LepreCon took a turn for the worse this past weekend. Solid year to year improvement reversed this time since the wild mardi gras dog whistle with the parade turned into a tens of thousands swarming pukefest finally ended in 2011.

The improvements year to year were solid and notable in ensuing years since. The costs with outside police agencies called in however continue to make the first Saturday in March an annual challenge as a group of bar owners continued promoting the drunken revelry.

It's a con all right. The City of Hoboken reportedly spends well into six figures for its own security personnel and $300,000 annually in required police personnel to keep the diminished but steady crowds from getting out of order as in years past. Police from Union City, NJ Transit and Westfield among others showed a concentrated effort, mostly downtown.

Last weekend, one LeperCon found himself in a compromising situation near McDonald's in the early am hours on lower Washington St. and decided to "bust out" ramming two Hoboken police officers in the process. One officer suffered three broken ribs and the other a dislocated shoulder.

Hoboken Police Chief Ken Ferrante is less than pleased with the latest "costs" the sponsors of LepreCon have added to the Mile Square City in a statement released Sunday saying:

"I will not tolerate having any of our officers injured, for the purposes of a few to make a financial profit at the expense of our residents, and for the purpose of promoting deviant behavior attached to the various holidays, which results in citizens and officers being hospitalized!"

True to form, "resident" douchebag Perry Klaussen of Hoboken411 infamy took his anti-Hoboken hate to point the finger at individual responsiblity ignoring ALL the indivduals responsible for inviting this swarm of locusts to town each year.

No surprise to anyone, Perry Klaussen nor the participating LeperCon bar owners could care less about the hundreds of thousands taxpayers pay each year so that small group of bar owners can further profit at their expense. They thumb their nose at any personal responsibility for the mayhem and act as if they are doing Hoboken a favor.

Of course, the organizers and participating bars are too busy counting the green to care. They would be pleased to see the wholly out of control parade brought back acting as a dog whistle up and down the East Coast as it had in years past turning Hoboken into a seething mosh pit of drunken humanity with rampant hooliganism, vandalism and the odd sexual assault reported here and there. 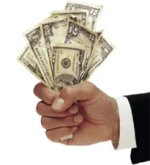 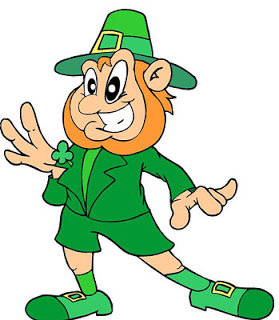 Many MSV commenters offered suggestions and ideas but whatever actions taken must satisfy existing ordinances and state law. There may be one solution as a starting point.

Currently, Hoboken taxpayers pay for the garbage and recycling removal for local businesses. There's no need to do so for any LeperCon bars bringing mayhem to Hoboken with a $300,000 annual bill in security costs while contributing nothing.

Legal research will be required to review if such an option can be rendered. People are making all kinds of recommendations which may not be feasible under the law and clearly the Hoboken Police Department is further reviewing what options are available there.

After all, the bar owners participating in LeperCon have no concern whatsoever with the negative impact they are hoisting on the Hoboken community at large year in and year out. They didn't before and they don't give a damn now.

We might as well acknowledge that reality and begin the process of discouraging if not reversing this annual ritual of stupidity. With two Hoboken police officers injured, enough is enough.

Let's start by making LeperCon bar owners pay for their own garbage, literally and figuratively.
Posted by SmartyJones at Monday, March 07, 2016