Nowhere in Hudson County does development and development interests play a more prominent and controversial role than Hoboken.

Hoboken lies on the gold coast while the rest of the county tackles varying but different challenges to survival as it moves inland. The success of Hoboken in geography, transportation and real estate values poses unique problems in the present and for its future.

In 2009 the phrase "Develop or die" raged across the Mile Square and became the mayoral election death knell for a Masonic triangulation strategy tied to the Russo faction harkening to development controversey of Hoboken arson decades earlier.

In the 80s, dozens of arson victims, mostly women and children had their lives literally snuffed as the poor were pushed out for higher profit replacement tenants and urban revitalization as the NY Times called it.


Resentment for the Reagan era replacements landed squarely on the shoulders of unsuspecting "newcomers" or disparagingly termed "yuppies" in use by many today. In Hoboken, old attitudes die hard even as some neighbors cashed in for millions while pointing the finger of blame at the new arrivals.

It's a political trick having seen success at election polls for the Old Guard over decades as that self-appointed political class saw their wallets fattened at the cost of residents and sight line across the Mile Square.

Circle back to the present with the controversial past and present proposed application of PILOTs, the government gift bequeathed to developers in tax incentives to see elevated new structures and removing tax payments to local schools and the county in the name of modernization and progress.

But is a PILOT good government in the existing framework of today's Hoboken urban renewal? What constitutes a good PILOT versus the application of an archaic tax framework turning it into a government giveaway?

Those questions are pointedly in dispute with a proposed PILOTed building in west Hoboken hosting over 400 rental units with tens of millions in tax benefits to the builder over 25 years in exchange for development of a park at the former Pino tow yard.

Commenters have been weighing the issue for days on MSV often with more questions than answers.
The City Council is said on a 30 day clock having the plan lobbed on them as the public like a live hand grenade.

It's Hoboken where development is swathed in trojan horse wrappings, old and new. 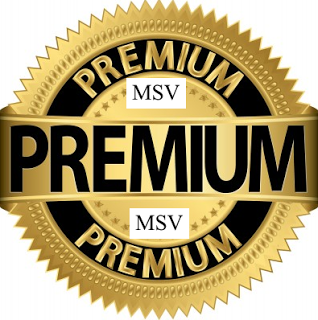 The rest of this story is MSV Premium and will be sent to member emails later today.
Signup is easy, confidential by debit or credit card, no Paypal account required:
Snailmail option:
RW Brice
1032 Hudson Street
Apt. 1S
Hoboken, NJ 07030