HOBOKEN TO HOLD VIGIL FOR VICTIMS OF ORLANDO SHOOTING


All members of the public are invited to attend a vigil in memory of the victims of the Orlando shooting which will take place on Wednesday, June 15, 2016 at 7:15pm on the steps of Hoboken City Hall. Mayor Dawn Zimmer and City Council members will join the vigil which will include Father Gregory Morgan of All Saints Episcopal Parish, Rabbi Robert Scheinberg of United Synagogue of Hoboken, members of the LGBT community, and other community leaders.

The regularly scheduled City Council meeting will be called to order at 7:00pm, as previously scheduled, but will be immediately adjourned prior to commencement of any business, until 7:45pm, so Council Members can participate in the vigil. All agenda items will be considered at the close of the adjournment at 7:45pm. 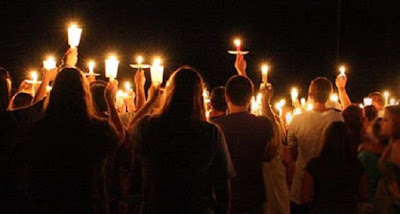