Horse Sense: The enemy within

The deadliest terrorist attack on US soil since 9-11 apparently follows a clarion call by ISIS to begin Ramadan by seeing supporters hit America on its home soil.

MSV had come across this "kill list" with thousands of Americans last week and noted it had been largely kept under wraps from the American public. On the list of thousands, 600 were in Florida.

Most targeted are apparently average Americans who would not be among those gilded with abundant armed security and towering fences with security cameras pointed in every direction.

Turning on the TV late yesterday morning was akin to stepping into the Twilight Zone. Dozens of Americans were dead and dozens more injured but the eMedia spent hours discussing the hardware involved in the terror attack and clearly reluctant to speak of the ideology behind the attacks.

As that narrative faded, the reluctance backtracked into overlapping concentric circles as a political agenda interjected quite unlike what followed 9-11.

Welcome to the new normal. Or is there a taste distinctly abnormal?

Not long ago in this nation's history, immigration, the legal variety, came with all kinds of expectations. Learning English, obeying this nation's laws and adopting this land as your home country. Sure, maintaining customs and culture, celebrating holidays and food were retained but the socialization and expected norms were adopted by everyone who was approved, stamped and accepted on these shores.

No longer. Importing a foreign ideology, incompatible with American freedom is de rigueur and the utter refusal to believe their utterances as part of what's been described an "unholy alliance" may finally protrude beyond the staged debate of removing American freedoms.

Our national security once again shows it's a paper tiger. The terrorist, as in Boston and San Bernardino was well under the microscope of the FBI but ran amok anyway. Our homeland intelligence isn't designed to manage the growing threat and the growing numbers of the the enemy within. It's been overwhelmed as the shrieks to leave American borders undefended wails to this day.

Perhaps that was the plan all along. Enjoying the transformation? 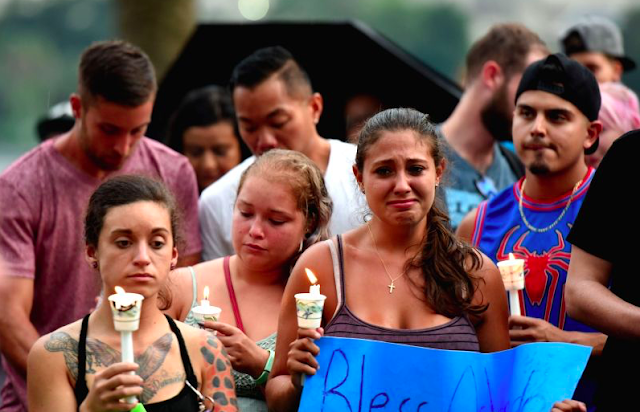 This Horse Sense editorial dedicated to all the Americans who died yesterday and their families in Orlando.