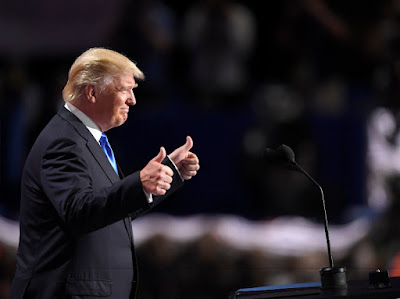 "The American People will come first once again"

"Greatest compassion will be for our own struggling citizens"

"Reforms to add millions of new jobs...will be opposed by most powerful special interests"

"We are going to have an immigration system... that works for the American people."

Hillary's greatest accomplishment, "Committing such an egregious crime and getting away with it"