On February 18th, a meeting scheduled at the Wallace School promises to present three plans in the latest public review of Rebuild by Design, numerous options funded as part of a $230 million commitment by the federal government offering innovative flooding protections for Hoboken.

On Washington Street, one redesign plan offers no such a la carte option. It's one size fits all and when the public points out failings in regard to public safety, business operations, access, etc. the concerns fall into a consulting black hole. Out comes the same plan with minimal tweaks and the voicing for more of the same.

The plan as currently situated is the singular solution put forward by Mayor Dawn Zimmer and the resistance of Hoboken residents as witnessed on MSV and around town has generated a major backlash.

There's almost universal revulsion to the key elements of Mayor Zimmer's plan: narrowing Washington Street to a single lane each way with the addition of two bike lanes the means to achieve it.

The business community is up in arms, top public safety officials are mute on the impact and bikers themselves question the sanity of a plan with the numerous lawsuits expected from crashes between commuters and bikes at bus stops. One can only imagine what the annual insurance premiums will be offsetting the City's new line item for litigation as a result.

Next week, Mayor Zimmer's Washington St. redesign plan will face an up or down vote at the City Council. Five votes are required for passage and critically, six votes are needed to fund the one plan put forward.

Councilman Ruben Ramos at the conclusion of the special meeting voiced his concern on the lack of any reasonable alternative after the public meeting showed an overwhelming vociferous reaction to the mayor's plan.

Ramos asked for options not forthcoming saying he didn't want to be faced with the choice of voting down most of the positive elements in redesigning Washington St.


What happens if the current plan put forward by the mayor fails to pass and get funded by the City Council next week? How long will Washington Street's overdue repairs be set back leaving it in a cratered condition worse than many main roads in third world countries?

Worse, what happens if the Washington Street plan goes forward resulting in strangulation of the most important transportation artery in town? Will Hudson and Bloomfield inevitably become major arteries with the downside drivers "voting with their feet?"

It's simply one natural byproduct among numerous issues not given any attention at City Hall in the drive to turn Washington from one of the nation's grandest thoroughfares into a narrow "progressive" solution.

Hoboken's Washington Street is not multiple one way lanes like ninth avenue in New York City, a naturally wider roadway in the far larger City of Newark or a traveling way point for girl scouts going from Bin 14 to the downtown bar scene.

By the way, when did girl scouts start hanging out at uptown wine bars and begin postulating the political talking points of politicians? 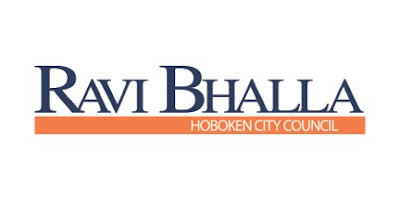