At the request of the court, the Beth Mason criminal trial against MSV set for today in Jersey City Municipal Court is postponed to next week, March 1st.

The trial's completion set for next Tuesday is dependent on the confirmed availability of defense witnesses.

The short postponement comes at the request of the court. Confirmation of the Tuesday, March 1st date in the Jersey City trial will follow.

Related: Last month, Grafix Avenger published a feature piece on New Jersey law and penalties for perjury. That story is available at the link: Perjury Penalties in the State of New Jersey 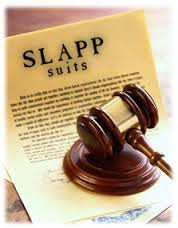 Talking Ed Note: Hoboken's Dana Wefer is featured as a guest writer in the prestigious New Jersey Law Journal with an authored article on SLAPP-suits.

The article: "SLAPPing Back: Responding to Strategic Lawsuits Against Public Participation" highlights where NJ sits nationally in the legislative process of protecting speech against frivolous lawsuits. 26 states have passed anti-SLAPP laws and proposed NJ legislation moved from the NJ Assembly but is stalled in the State Senate.

Featured in the article is the infamous Hoboken SLAPP-suit of Lane Bajardi and Kimberly Cardinal Bajardi publicly supported by Beth Mason.  From the article:

This past year, in a sordid tale of political intrigue that could only come out of Hudson County, A judge awarded two bloggers and a number of individuals $276,000 in attorney fees pursuant to the frivolous litigation statute. In that case, Bajardi v. Pincus, the plaintiffs, a husband and wife, sued the bloggers and various commenters for defamation. The case proceeded through several years of discovery that included an impressive (some may say abusive) 68 motions. After several rounds of dispositive motions, the wife's claims were all disposed of, and the husband proceeded to trial as a limited public figure on his remaining claims. After the plaintiff rested, the judge granted a directed verdict for the defendants. Upon application by counsel under the frivolous litigation statute, the judge awarded the defendants $276,000 in attorney fees.

...those defendants could, under LoBiondo, pursue a malicious abuse of process suit and seek to recover damages other than attorney fees from the underlying litigation.

The article also highlights where NJ currently sits in the climate nationally to stop SLAPP-suits:

New Jersey does not have a SLAPP-back statute, although a bill which would allow an early motion to dismiss has been in legislative committees since 2014. Instead, SLAPP victims in New Jersey have two potential ways to be made whole: 1) they may win attorney fees pursuant to the frivolous litigation statute; or 2) after prevailing in the underlying litigation, they may bring a malicious use of process claim.

Wefer currently serves as the Chair on the Hoboken Housing Authority and ran on the reform ticket last fall as a council candidate in the three way race with Tim Occhipinti in the fourth ward won by Ruben Ramos.

She is the principal of the Law Office of Dana Wefer in Englewood Cliffs. She is a litigator with experience that includes complex business law, labor and employment issues and constitutional law.