Tonight's City Council meeting will see the introduction of this year's budget. Once again, it's exploding health insurance costs in the seven figure range the dilemma.

Previous years have seen savings squeezed out of every corner of the budget but this year's increases will likely see the need for a one or two percent municipal tax increase.

Also on the agenda, extending the PILOT for Clock Towers but income verification may be part of the new equation in Hoboken.

The 9-11 Memorial is aiming for final commission and construction this year. Let's hope.

Grist for the Mill: Carmelo Garcia in hiding as federal heat stirs

It's one week since the US Attorney's Office in the Southern District of New York announced it broke up an alleged bank fraud conspiracy snaring four participants including Hoboken's Chris Campos and the tension in Hoboken is palbable. 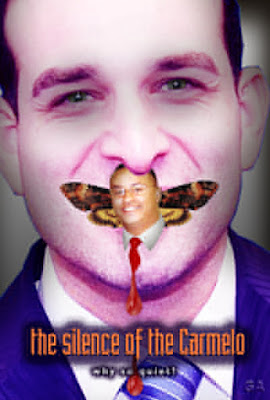 200 leased car vehicles were the claimed booty before the federal sting took down the operation with arrests last Wednesday.

There's been murmuring about the whereabouts of Carmelo Garcia who has reportedly interfaced with the media he'll interview only to disappear back into the ether saying nothing about his "brother" Chris, his hand selected choice as Chief of Staff to his former NJ Assembly seat.

The FBI highlighted 20 straw buyers involving fraudulent leases for 200 vehicles. Something doesn't add up in that equation and it isn't solely the loan qualifications of straw purchasers.

Rumors are circulating about the origins of those straw buyers recruited in the alleged scam. Hoboken may be the nervous system for that recruitment or more pointedly, the fourth ward.

The nexus of the Old Guard power center for Carmelo Garcia and Chris Campos is the fourth ward and many suspect more than a few of the straw purchases for the leased vehicles may have originated there.

Perry Belfiore, a longtime active Hoboken politico offered his view on the FBI investigation questioning the extent of Campos' involvement in the alleged car leasing scheme.

Speaking by phone Belfiore offered, "I love Chris Campos and time will tell the magnitude of his involvement." He suggested Campos may have been ensnared but was not the ringleader nor part and parcel of the years long efforts involving up to 200 leased vehicles.

"It was ongoing when he got involved and after he got out. (Campos) made good on the loans he borrowed (his) cars on," he added before concluding, "Chris Campos will always be a friend of mine."

Campos is unsurprisingly engaged in his criminal case and isn't speaking to media but to date no one has been able to collar any on the record comment from the usually loquacious Carmelo Garcia.

An observer however offered insight on that front saying, "I know Carmelo was caught flat footed (but) he thinks it's a sin." Concerning the overlapping timing of Campos serving as his NJ Assembly Chief of Staff, the observer added, Carmelo "had no indication there was any investigation going on into him while he served" in support of the Assembly seat.

Another party speaking on background highlighted a recent Willow Avenue sighting of Campos' brother who reportedly said he had been questioned by the Feds about the alleged car leasing scam two and a half years ago.

Talking Ed Note: MSV regularly interviewed Carmelo Garcia up until about a couple of years ago when while an elected official he replied to a question by text message out of the blue threatening to file a criminal complaint.

While he never did follow in the vein of abuse of the courts as others, the message of political intimidation was made clear and MSV ceased making any inquiry to Carmelo Garcia whatsoever electing not to see added another to the almost half-dozen outrageous perjured charges leveled previous in criminal and civil court.

Should Carmelo Garcia wish to come out from the cold and state his case, this Horse is all ears.
Apparently, others are already tuning into the Hoboken Horse at MSV:

Related: Grafix Avenger further probes her legal beagle source Larry "Not Stempler" for additional insight into the federal investigation on the Campos situation:


Grist for the Mill is MSV's rumor column. Got a tasty carrot for Da Horsey? Send it to smartyjones@me.com. All email is kept confidential until mutual agreement and is protected by Da Horsey's proven Reporter Privilege upheld under the NJ Shield Law in Hudson Superior Court.