Tidbits on the scene and a Horse in the Court

The Mile Square City made some news but it was more like the news next door as West New York is rumored to be moving former Hoboken Democratic Chair Jamie Cryan from parking director to Business Administrator.

Update: HCV reports it's no longer a rumor and filed this video report.

Observer Highway and rush hour traffic has been a feature of much commentary among those making noise here in the Stable in recent days.

Last night, a cost free test to free up cars moving north on Jackson Street from Observer however did not make it to resolution for the council meeting. Councilman Ruben Ramos who spearheaded the idea expressed disappointment the idea has languished since January.

An earlier transportation meeting is said to have ironed out some additional wrinkles but Director Morgan did not have a resolution prepared in time. Two more weeks or is it three? The delay shows there's lack of enthusiasm to have the idea implemented and foot dragging the government action.

Perhaps some are afraid the public will like the improved result and it isn't their idea.

Word is a horse managed to get past security last Friday in Hudson Superior Court. Yes, Horsey managed to snag a seat and watch Lane Bajardi storm out of court after the latest in a string of defeats since his biggest political operation ever failed. He won't be ghostwriting the results on Hoboken411.

Think of the people disappointed he aimed to please. Pathological lying only gets you so far.
Now they're stuck with the tab. Too bad, so sad. 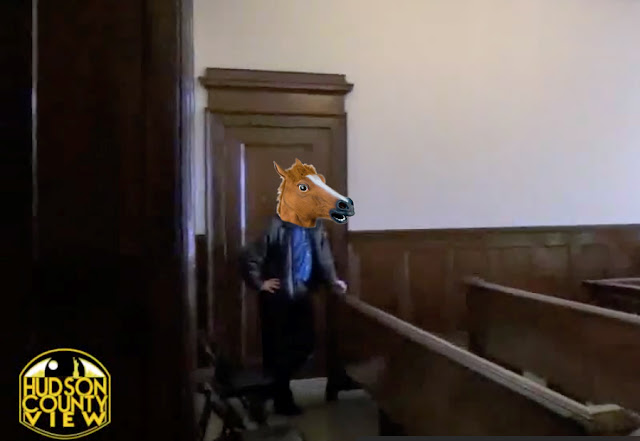