The defacement of the fallen this Memorial Day

This year Memorial Day is under siege. So in the midst of barbecues, picnics and family entertainment are reports of memorials in states being defaced and vandalized.

The Vietnam Memorial vandalized in Washington D.C. back in 2007 previously has spread this year.

Vandalism attacks are being reported across the US.


In one instance, an alleged culprit was caught for acts of desecration in Henderson, Kentucky. A man was caught desecrating more than 100 crosses with police discovering the evidence in the back of his truck.


A similar sacrilege is being reported in Virginia:
http://abcnews.go.com/US/wireStory/california-vietnam-war-memorial-missing-vandalized-39454376


Talking Ed Note: On this Memorial Day, honor the fallen who have made the ultimate sacrifice to preserve this republic. Prayers for them and their families are the least we can do.

Others are contributing to aid the families left behind. One group is focused on increasing awareness and respect for Memorial Day. This is not the day to honor veterans. That day is Veterans Day.

As for the anti-American sentiments being unleashed this Memorial Day weekend, please don't question their patriotism. You wouldn't want to be called a hater.  Their hate however is bubbling over. 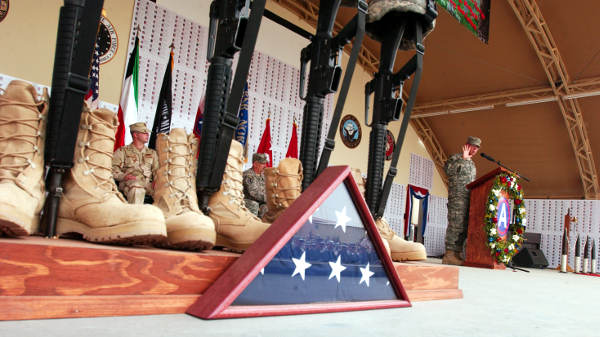