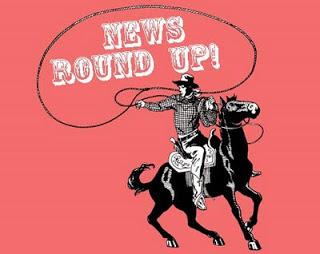 Summer weather is here but there's things afoot in the Mile Square City. While not quite the city that never sleeps, Hoboken almost always generates items of interest.

The Hoboken City Council on Wednesday approved a plan to install new parking meters citywide in a 7-2 vote.

Paying for Hoboken's budding infrastructure issues is described as the driving impetus.

Among the latest sweep, a Hoboken police officer, Nikola Lulaj of Dumont. The story was first reported yesterday on the Hudson County View.

The individuals who have been charged are alleged, in most cases, to have filed fraudulent applications for relief funds offered by the Federal Emergency Management Agency (FEMA). In many cases, they also applied for funds from a Sandy relief program funded by HUD, low-interest disaster loans from the SBA, or assistance provided by the New Jersey Department of Human Services. The HUD funds are administered in New Jersey by the Department of Community Affairs.

“Each of these defendants knew the requirements to qualify for this disaster aid, but each selfishly lied about their circumstances to steal funding intended for those hardest hit by Sandy, namely homeowners who were left homeless and displaced renters forced to pay for new leases,” said Acting Attorney General Lougy. “It’s a sad truth that even in the direst of emergencies, when so many generous people step forward to lend a hand, there are others who will dishonestly exploit an offer of assistance.”

The following defendants were charged today by complaint-summons:

Talking Ed Note: Grafix Avenger offers new revealing emails from the bounty among the tens of thousands obtained in the notorious SLAPP-suit. This time it's the same cast of characters doing their usual Stasi impression looking to obtain personal information on and uncover Hoboken online commenters.

The emails show the Masonista political operatives actions were going on well into 2013 after the SLAPP-suit was originally filed in July 2012.

Part of the personal information came from the unique political content control at Hoboken411 where Perry Klaussen handed over the private registration information of users on his website to Beth Mason political operatives. Some of these Hoboken residents found themselves tossed into the frivolous lawsuit in 2012.

One of the objectives of the SLAPP-suit was to obtain and identify more members of the public who dared to speak out against the Old Guard and the Russo faction. Backed by Beth Mason and her family's underwriting, the political operations against Reform was a central obsession. Most of the screen names identified and pursued in the frivolous lawsuit never saw any allegation made against them.

MSV wrote an article on the abuse of the courts as a tool for political intimidation recently as 2014. Beth Mason complained about the article in court this year claiming it among ten MSV articles, two being of the April Fools variety, constituted criminal harassment (along with being handed a subpoena).

One person targeted in the emails is clearly a Hudson Tea building resident. That person and their family had more than once publicly voiced their opposition to Beth Mason's policies harming Hoboken.

The objective of the political operatives? They wanted to shut people up.