Starting today, drivers who park at all on-street metered spaces throughout Hoboken will be able to use their mobile phone to easily pay for parking using the Parkmobile application. The first 1,000 customers to use the app in August can receive up to 2 hours of free parking using the code 2FREEHOB.“We are excited to partner with Parkmobile to provide Hoboken residents and visitors with an easy and convenient parking option,” said Mayor Dawn Zimmer. “The app makes it easy to pay for parking, know how much time you have left, and add more time directly from your phone without going back to your car or the meter.”The Parkmobile application is available for the iPhone, Android, Windows 7, and Blackberry smartphones. Drivers can also call 877-PARK304 and will continue to have the option to pay at meters with credit card, debit card, smart card, coins, and bills where available.To use the new Parkmobile system, customers register free at www.parkmobile.com. Once registered, they can use a mobile app, internet, or call toll free to pay for parking. After setting up their account, customers can immediately begin using the system with their registered mobile device. Signage on parking meters will indicate the zone number, which in Hoboken range from 4710 to 4722. Enforcement officers will be able to see that a motorist has paid with Parkmobile using a wireless handheld device. Mobile app users may also choose to receive alerts and reminders prior to expiration of their parking session. Time limits on meters still apply and the app will not allow users to purchase more time than allotted by the meters. A 35 cent fee will be charged for each transaction.Parkmobile is in use in communities throughout the region including Newark, Union City, West New York, Bloomfield, Montclair, Summit, Chatham, Ridgewood, Glen Rock, New Brunswick, and other major cities including Pittsburgh and Washington, DC. In February, New York City DOT awarded a contract to Parkmobile to allow mobile payment at all metered spaces across all five boroughs. 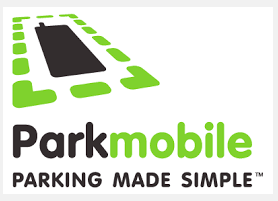 Hoboken Board of Education candidates set for November

Eight candidates are slated to vie for three seats on the Hoboken Board of Education this November. Two of the eight are incumbents: Jennifer Evans elected in 2013 and Irene Sobolov, the long time education activist and 2010 Elks Club Citizen of the Year.

The third BoE trustee seat held by Leon Gold who is not running for re-election will be contested among the outstanding candidates.

One ticket, anticipated under the Reach Higher banner will include Evans, Sobolov and Sheillah Dallara who was a candidate on that ticket last year but came up short when over 600 Vote-by-Mail ballots were tabulated late and erased what looked like that ticket's sweep.

Two other candidates may join to run an incomplete third slate in Cory Johnson and Zach Weiss. Johnson who works in the realty industry is a graduate of Hoboken High School and was appointed by the Hoboken City Council as an alternate to the Hoboken Zoning Board of Adjustment early this year.

One issue anticipated this fall is the continuing lawsuit against the expansion of the upper elementary grades of the HoLa charter school.

Leon Gold who some anticipated would run for another three year term declined an interview to discuss his decision. Via email he offered, "I am not running because I am no longer effective on the board."

Other possible issues in this November's BoE races may include taxes, facility expansion and teacher contracts approved.

Update: Other than the Reach Higher ticket, MSV may not have the final opposition groupings set. One well-placed source says two women candidates are actually linked to Freeholder Anthony "Stick" Romano. This is fluid and will be confirmed in due course.