The following video and story comes courtesy of John Heinis at the Hudson County View:


Democratic gubernatorial candidate Phil Murphy and Hoboken Mayor Dawn Zimmer took shots at Gov. Chris Christie (R) at a meet and greet in last night, where political factions across the Mile Square City came together in a rare show of unity.

Hoboken welcomes the Man who would be King

Last night, a popular downtown eatery was overtaken by a massive force sweeping through on its way to tsunami status by November of next year.

That tsunami making a pit stop in Hoboken on a gilded path to the Democratic nomination for NJ Governor with an eye to a final stop in Trenton is Phil Murphy.

While many Hoboken and NJ voters don't quite know who Phil Murphy is yet; they soon will. Having vanquished all his Democratic opposition - North & South, Murphy is building a progressive well oiled, well funded machine that has "Express to Trenton" written all over it.

A packed overflow back room at Ainsworth along the waterfront was the site of a receiving line for what almost everyone attending saw as an opportunity to see and hear the next governor of New Jersey.

Mayor Dawn Zimmer hosted the blow out event featuring wine and food for the political junkies who came, saw and did not leave disappointed.

Showdown at the BoE Hoedown

More than 60 people attended the BoE forum last night at the Elks. The six candidates were politely received by a mix of residents and interested viewers. It didn't take long for the bombs to start flying.

A video of the event, unedited for view should be available in the coming days. MSV will publish it in its entirety as soon as possible. Guest of the Stable: Joshua Einstein on his BoE Choice

Board of Education Election

Valuing an open mind, I attended the first meet and greet by Forward Together Hoboken, have talked with Parents United, and visited the online presence of both tickets. I have no children, but every resident has a responsibility to vote for the ticket they believe will make certain Hoboken’s children get a good education. In the upcoming Board of Education election, I believe Parents United is that ticket.

At the meet and greet Forward Together Hoboken held on October 6th I schmoozed with great people, some who I knew previously and others who I had the pleasure of meeting for the first time, all of whom are people who care about the future of Hoboken’s district school students. Yet in the conversations I had, there were few ideas about what challenges the Board of Education faces let alone how to address them. There was plenty of discussion on how past BOE Trustees cleaned up the presumably bad budget management even further in the past but no concrete plans for how to build a brighter future for Hoboken’s children today.

More concerning is that the platform section of the Forward Together Hoboken website is lacking concrete proposals. The list is a breakdown of action points the board of education is already doing and that omits which trustees proposed or even supported which efforts. Just as importantly, it fails to explain tax increases the trustees have raised over the last 4 years as well as the ongoing lawsuit against Hoboken students in the HOLA school.

Parents United, on the other hand, has made it clear they are for all Hoboken students, that they want to double down on building a bright education for Hoboken’s children, and that they are for community unity. In my talks with this team of community leaders and by looking at their Facebook page I have seen a group that, without raising taxes, believes more money can be directed to students spending by indexing consultant compensation to performance, by using some the over $5 million the Board of Education has in the bank, and by better negotiating contracts. A team that will fight to ensure funds are spent on students and that will not keep millions of tax dollars parked for no purpose is what Hoboken needs.

From what I have seen of Parents United and Forward Together Hoboken, both groups are made of good people. Our city should be proud to have residents that care for its children and who have stepped up to the plate to put their name forward for consideration by voters. I support Parents United and I look forward to the ongoing conversation that is the school board election season; Hoboken’s children and community deserve no less. 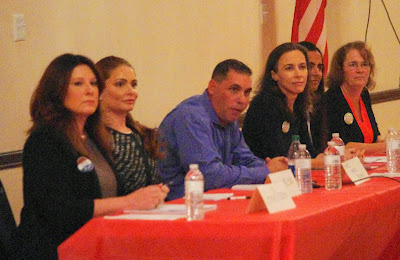 MSV welcomes guest submissions from Hoboken residents. Send your guest piece/letter of no more than 1,500 words to smartyjones@me.com. Please include a phone number for verification.
Posted by SmartyJones at Friday, October 21, 2016
Guest of the Stable: Joshua Einstein on his BoE Choice
2016-10-21T08:53:00-04:00
SmartyJones
Comments