Here are the VBM totals in the Hoboken Board of Education Race:


The number of overvotes is 99 and the undervotes total 816.
These numbers while unofficial suggest there will be no impact on the BoE election results. 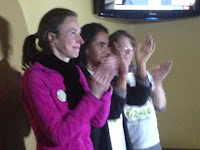 Jennifer Evans, Sheillah Dallara and Irene Sobolov will be certified as the winners.

As Tuesday night's election dragged into the early am hours, it became clear the winner would not be declared on the airwaves. It was the print media forced to break the news as the Associated Press made the call on Pennsylvania with 99% of the vote in and was promptly ignored. 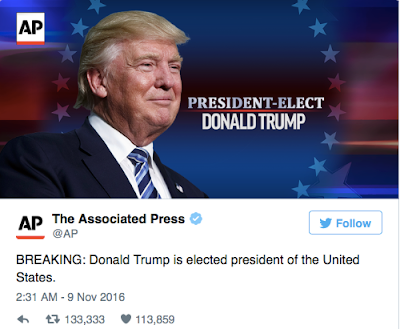 So too, the electoral map which many online sources fail to update as of today. As it stands, Minnesota went narrowly to Hillary Clinton and she leads by 0.2% in New Hampshire which may stand.

Here's the updated electoral map. President-elect Donald Trump will have over 300 electoral votes no matter what the final tallies are in New Hampshire. 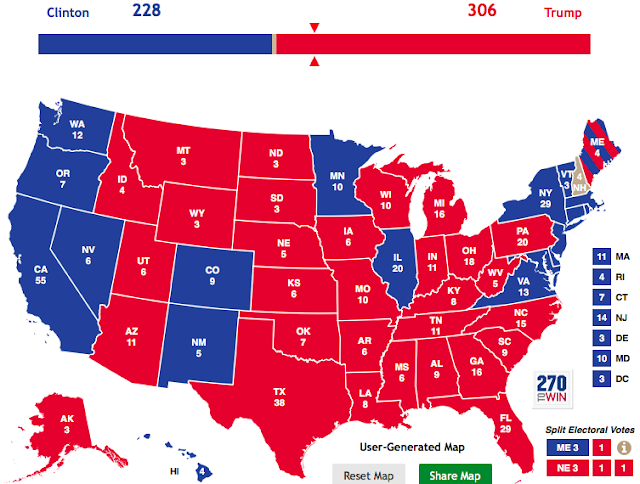 Talking Ed Note: MSV is awaiting final results from Hudson County on the Hoboken Board of Education.
Posted by SmartyJones at Thursday, November 10, 2016
US Electoral Map
2016-11-10T14:26:00-05:00
SmartyJones
Comments

Forward Together BoE slate thanks Hoboken

From the desk of BoE slate Forward Together:

Yesterday's happy results happened because an army of volunteer parents, community members and civic leaders rallied to protect the tremendous progress we're making in the district and to keep an open, honest board. Our positive, inclusive campaign energized people all over town and set the example for how to move the Hoboken public school district forward together. 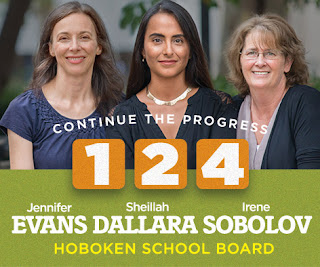