The big takeaway last night is the Hoboken City Council's action to allow eminent domain to proceed against the downtown acre owned by Academy Bus.

The lopsided 8-0-1 vote is unlike the previous contentious 5-4 vote in 2011 for the one acre parking lot the City of Hoboken is working to complete as a southwest park. 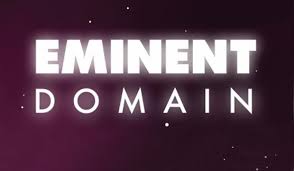 The action is not the end but the beginning of a process where negotiations may find a reasonable alternative to legal proceedings. The City of Hoboken and Academy Bus have waged public campaigns for support as the two sides are far apart in any potential sale of the property.

The City values the property in the ballpark of $5 million and Academy Bus is reportedly seeking north of $12 million. An appraiser will independently provide a valuation either kick starting further negotiations or lending credence to legal arguments in a court action.

Members of the public have varying opinions on the use of eminent domain for a second acre and park in the southwest. Some voiced their desire to see an additional park but without the application of eminent domain.

Others are critical of using eminent domain and spending in the ballpark of $7 million for another park in the southwest corner of town while critical infrastructure is overlooked.

Hoboken water main breaks are a common problem with accidents on an almost regular basis. While Washington Street will see its water mains replaced, others around town critically require similar attention. The cost to complete is reportedly similar to an the cost for a second southwest park.

Hoboken residents also recall a plan put forward to repave and enhance Sinatra Drive and the surrounding park areas. Some argue the funds for a second southwest park will see far less usage than the riverfront area.

All of these choices are likely to see some rigorous debate among the council, the public and vying election campaigns this year.  The mayor's chair and three at-large council seats are on the ballot come November.

On the council appointment side, Ed Freidrich was unanimously selected as the new North Hudson Sewerage Authority commissioner. The term runs five years.
Posted by SmartyJones at Thursday, January 19, 2017