On rebuilding a GOP opposition in Hudson County

The following article is submitted by Hoboken resident Josh Sotomayor-Einstein

A state GOP leadership that fails to take the field in Bayonne, Hoboken, or Secaucus cannot be expected to be taken seriously. A Republican Party that ignores that many citizens in Jersey City and across Hudson County with conservative and liberty leanings and that doesn’t run School Board or City Council candidates is a joke we can no longer afford. The Republicans of Hudson County, and of NJ, need change. Republicans can be a critical part of changing the state GOP right now by donating to the campaign at https://www.gofundme.com/gop-state-committee. GOP voters can choose a new direction – of outreach, supporting candidates for local office, and a state party that will build our local branches and grow the list of responsible Republican local officials – by voting for me, Joshua Sotomayor-Einstein, for NJ Republican State Committee.

For years, New Jersey has been a leader in state government bad-enough to create a population drain, an out-state migration that would be all the more pronounced if not for the immigrants who flock to our region and find a home in our greater NYC and Philly metro areas. It is no surprise that blue state progressive policies make daily living for residents of California, New York, Connecticut, Massachusetts, Michigan, and others so bad as to convince them to move.

Despite New Jersey’s Republican governor, the state is still headed off a fiscal cliff, remains insolvent, maintains a bloated bureaucracy, and is still ineffective and inefficient. New Jersey’s regulatory regime has chased away business owners, job creators, and investors. It has denied parents the right to send their children to the school of their choice and continues confusing public schools (a method of delivery) with public education (the actual goal). Despite nearly 8 years of a well-intentioned Governor Christie, who served his entire time with Democrats in control of the legislature, NJ is still a blue occupied state.

The question is both how did this come to pass and what is the solution? The answer is that during the almost 8 years of a Republican governor, neither he nor the state party spent any political capital on electing purple district Republicans to the legislature, and thus our state continued down the progressive path of high taxes and low growth. The solution is that the NJ GOP must be held accountable for its inaction. New blood is needed to shift the state GOP to outreach and engagement. The State Committee, the highest leadership element of the state party has an important fundraising role and added to its billet should be speaking engagements, building community relationships, candidate scouting, and organizational reinforcement.

Many of these are overlapping, a State Committee person traveling to a county or municipal meeting can scout for solid candidates for local office and deliver an address. The State Committee should be organizing speaking engagements at county branches of the NAACP, the many regional Jewish Federations in NJ, and with many other community based organizations in their counties. It should invest in training candidates for local office, working with grassroots small government and liberty movements, hosting conservative activist skills building sessions, facilitating citizen journalism through media seminars, and more.

The state GOP leadership has used the activist NJ State Supreme court as a foil for its failure to reform NJ’s finances and government. That the NJ Supreme Court has engaged in unimpeded legislating from the bench is an argument trotted out by some in the GOP leadership. It accurately describes past events, but also camouflages the fact that there is no other way to return the court to its proper constitutional role other than electing more Republicans to the State Senate. There is also no other way to pay the debt, junk the job killing red tape, lower the population displacing taxation, and eliminate the special interest bureaucracy that places public employees above public education other than by getting more Republicans to Trenton. The only way to get more conservative, liberty-focused, smaller government, and pro-average-Joe Republicans elected is by engaging in activism, outreach, and engagement. We need a voice on NJ Republican State Committee that will take a stand so that the NJ GOP takes the battle of ideas to the neighborhoods and cities of Hudson County. I am that voice; on primary day vote Joshua Sotomayor-Einstein for Republican State Committee. 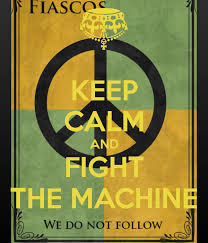 Posted by SmartyJones at Tuesday, January 24, 2017