Is CNN about to get Wiki-Leaked?

That's the buzz for the last 48 hours and today is the day; the whistle is set to blow.

This is of course not an unusual story for "the Hoboken blogs" as typically there would be broader national coverage on say the formerly active Hoboken Journal and far less frequently here. Of course the revelations in the last election cycle have been illuminating to those who wish to see and not merely set for reflex to political partisanship. Unfortunately, so many were unprepared for the democratic election results in November as political operatives posing as reporters assured them there was only one inevitable outcome. That of course followed immediately with "protests" not a day after Election Day and some rather novel public displays of vagina costumes. At least the latter saw no violence.

The election cycle revelations are continuing with those who consider themselves above criticism while waving the First Amendment about to see their comeuppance. This is a dynamic anticipated story and the examples for quite some time are numerous, illustrative and sadly conclusive about the news business.

Should a horse deny you what so many will in another typical act of omission? No, the MSV charter revels in uncovering corruption and as some have come to understand, that's not changing. There's thousands of readers who continue to show up here week in and week out even if there's less of the Mile Square City's corruptive influences showing any dire threat in the near future.

Of course that too can change. But for the moment, we're awaiting some WikiLeak-like revelations. Some will shudder and turn their heads away in partisan fury. Others will pretend they never saw the truth seeking the comfort of safer, more limited vehicles of "information." As you like.

Ready or not, here it comes. 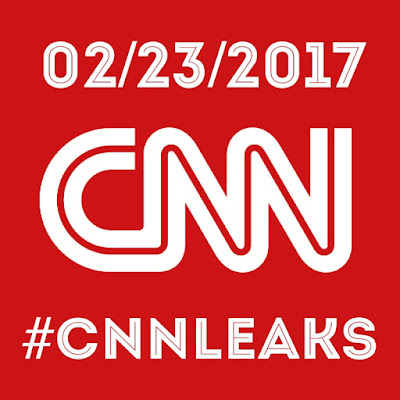 Update: James O'Keefe in a live DC press conference announces CNN whistleblowers have sent him a total of 119 hours of secretly recorded audio tapes at the CNN headquarters in Atlanta. The tapes from 2009 will be made available WikiLeaks style for the public to digest and uncover.

He notes that CNN admits to using fake and outdated polls and that this is a "new era of citizen journalism" holding the corporate media to account. O'Keefe is offering $10,000 for any whistleblower showing CNN, Fox, MSNBC "deceiving the American people" and says two additional CNN whistleblowers have come forward since the initial announcement.

The release is set to be available with more to follow on CNNleaks.com.
O'Keefe's most recent video stings showed planned terrorist attacks by "J20" on an inaugural ball's ventilation system and planned attacks to shut down the DC metro leading to the arrests of three suspects.

The video secretly recorded at Comet Pizza has been seen almost 1.5 million times.

A recorded segment from the CNN whistleblower on usage of dated polling advocated by a senior CNN Director:

CNN Whistleblower: "I read a CNN poll that was taken on June 26 and 28th, and I know that the hearing for the case, the fire fighters case was on the 29th, so the poll was done right before it, and those are still the poll results we're reporting, so I asked someone in DC who does the poll results about why we hadn't updated it, and said there were a few newer polls from last week and the week before and there's CBS news polls and a Rasmussen poll, and he said we don't use Rasmussen, and I said does CNN plan to do another poll if we're only using that. He said we're not going to be doing another poll, those are the results we'll be using. So I don't see how that's reporting all sides because that poll said hold for release until Friday the 10th."

Arthur Brice: "Who did you talk with?"

Arthur Brice: "Yeah, he's your director. Yeah, he's pretty high up in the food chain. I agree. I think it's dishonest to use outdated information if new information shows something that is in variance with what you're reporting. It's just, it's dishonest."

Talking Ed Note: CNN's Arthur Brice is no relation to this farm animal.
Posted by SmartyJones at Thursday, February 23, 2017