BOMBSHELL: Spying on President Trump and campaign confirmed prior to his nomination!

A late breaking Friday report dropped a bombshell. President Trump and his campaign were targets of domestic spying prior to his nomination. The sources confirm none of it has the slightest thing to do with the "Russia! Russia!" hysteria.

Multiple private citizens were illicitly unmasked in what's pointing to a political operation.


From the online report:

“The main issue in this case, is not only the unmasking of these names of private citizens, but the spreading of these names for political purposes that have nothing to do with national security or an investigation into Russia’s interference in the U.S. election,” a congressional source close to the investigation told Fox News. 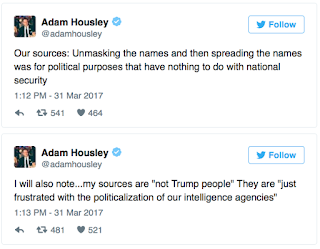