And then there were three?

Another entry into the Hoboken mayoral sweepstakes is official. Well at least the initial paperwork is official.

Hoboken resident Ronald Bautista an occasional speaker at council meetings and a vocal supporter for bicycle lanes filed his entry as a mayoral candidate earlier this month. 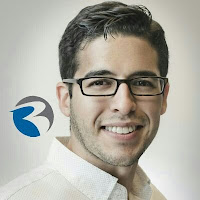 Bautista's entry means there are three official candidates in the race. Mayor Dawn Zimmer and local businesswoman Karen Nason have already announced their intention to run for the top elected office in the Mile Square City.

Some observers viewed Bautista as a natural constituent of the growing Reform Movement in town but others thought his interests went beyond advocacy for bike lanes with higher aspirations in mind.

This should confirm it. Bautista did not return a call left earlier.

Talking Ed Note: Councilman Mike DeFusco made the news yesterday with word of an exceedingly strong fundraising campaign effort in the first quarter in the 90K ballpark. His mayoral candidacy and the official figures filed with NJ ELEC are questions awaiting answers.

Posted by SmartyJones at Wednesday, April 19, 2017