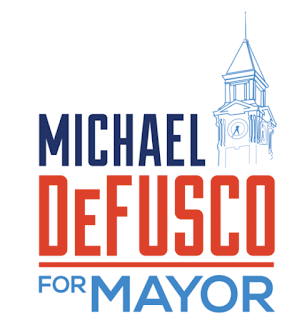 Talking Ed Note: All the months of speculation are put to rest and now it's fairly certain a race for mayor will square off with major candidates.

Councilman Mike DeFusco raises some questions here in his first term as councilman but some in this polished video announcement where he appears solo with no council at-large slate is what's most notable.

For the moment, that's the big takeaway behind Councilman Mike DeFusco's announcement.

Related: For more on this breaking story, see the breaking coverage at The Hudson County View.
Posted by SmartyJones at Monday, May 22, 2017