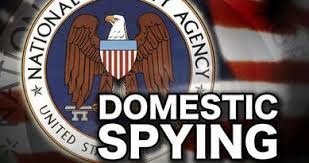 The Fourth Amendment protecting the rights of Americans from improper search and seizure took it on the chin. Again.

How was the domestic spying triggered? All an American needed to do was mention a foreign leader and the doors to their life were subject to being opened, re: illicit domestic spying.


“NSA will no longer collect certain internet communications that merely mention a foreign intelligence target,” the agency said in the statement that was dated April 28 and placed on its Web site without capturing much media or congressional attention.

The inspector general also found noncompliance between 0.7 percent and 1.4 percent of the time involving NSA activities in which there was a court order to target an American for spying  but the rules were still not followed.


The FISA Court legal findings after the revelations were admitted in late October before the November election:

Talking Ed Note: Massive criminality against the US Constitution and the American people.
Questions? Who needs the dots connected?

This breaking story is highlighted as it will be not given the attention due by the Fake News.
In Hoboken, MSV highlighted instances of illegal search and seizure against a local resident in the story featured atop the homepage: Saga of Jessica Coco. MSV turned over bonafide electronic evidence to authorities. No arrests were ever made.