It's that time of year when Hudson County, the reigning champion of your Hoboken tax bill bequeaths you with their latest increase.

For Hoboken taxpayers anticipating the hit, Hudson County predicts it will be 6% for Mile Square taxpayers this year.

Among the three portions of the bill, HudCo took top honors surpassing both the municipal (City) and schools two years ago. It's not letting go of the top taxing position.

Mayor Dawn Zimmer announced a tax cut of about 1% showing over seven years an effort to keep the tax bill bite for Hoboken residents down - unheard of in the land of HudCo.

Under the proposed budget, Jersey City residents would see the largest county tax increase, up roughly 9 percent from last year. West New York, Weehawken, and Hoboken could see about a 6 percent hike. East Newark would see about a 3 percent jump, and North Bergen would see just over a 1 percent increase. 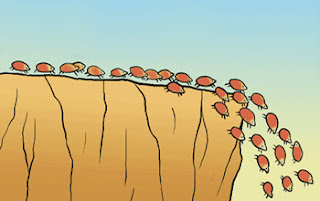 Talking Ed Note: If you thought this might be tied to an election year, you wouldn't be wrong. HudCo has its mostly unopposed slate of candidates up for re-election this year. Most of the unopposed candidates will be all but confirmed in the upcoming June 6th primary.

It's great to live in a democracy. Do we need elections anymore? We can have our overlords decide everything for us locally and and nationally. They're shown they're motivated to do it whether we like it or not.
Posted by SmartyJones at Monday, May 22, 2017