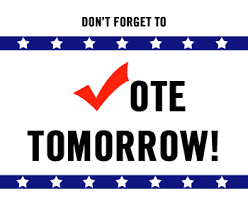 For the past several weeks I have had the honor of working with an amazing group of people who have decided to get off the sidelines and put their hand up to get more involved in our community.  All 68 people have their own reasons for wanting to do this, ranging from events at the national level to events at our local level.  The most positive thing to come out of the most recent presidential election is that so many people are now more interested in participating in the discussion in any way they can which helps all of us.

On June 6th, which is the NJ Primary Election, you have an opportunity to help YOUR NEIGHBORS in YOUR DISTRICT, HELP YOU.  And all you have to do is vote for them to be your representative on the Hudson County Democratic Committee

Who can vote for them?  Any registered Democrat or anyone who is considered independent / unaffiliated.  For those who are Republican or Republican leaning, the Republican Committee election with be next year (they alternate years).

How can you vote for them? For 65 of the 68 it is quite simple – in the voting booth, find Column E (which will be the one with the most candidates right in the middle), and in the last two rows – 15E and 16E - you will see two names – these are your neighbors who want to represent and work for you.  Just select them and cast your vote.  For the remaining 3, Sheillah Dallara and Aaron Dallara in Ward 2, District 1 and Chetali Khanna, Ward 4 and District 7, you need to write their name in the Personal Choice column (the furthest to the right), rows 15 and 16.   Still really easy – just an extra three steps – click on the space in row 15, use the keyboard to type their name, and hit the green “enter” button on the keyboard.  Just write their names down and take them with you and ask the poll workers for help if you need it.

What is the Democratic Committee and why is it so important?  Locally, it can and should be the most micro form of government.  These are your eyes and ears in your neighborhood who will identify issues and advocate for the interests of you and your neighbors.  Additionally, the Democratic Committee focuses on ensuring honest and transparent elections which is one the most important issues to me, and why I am involved helping to manage this team.   And beyond locally, the Democratic Committee helps support other Democratic candidates in their elections.  One area a number of people in this group are targeting is the 2018 midterm elections and doing what we can to help Democrats take back some of the currently held Republican congressional seats.  So not a well known elected role, but one that is really quite important.

Personally, I have been incredibly inspired by all of the energy that this group of 68 have put into this election.  Whether they are running against another neighbor or unopposed.  They are all working to make a difference.  So thank you in advance for support for their efforts and for VOTING FOR YOUR NEIGHBOR on JUNE 6th.


Your vote is your voice.  And more voices are always better. 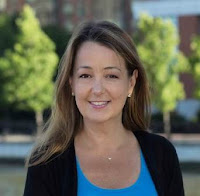