Tonight the first meeting after the local Democratic Party elections last week will meet and elect new leadership. Tiffanie Fisher, the second ward councilwoman who was one of the key participants in leading a smashing victory over the Russo Clan is expected to be elected the Chairwoman of the Hoboken Democratic Committee. 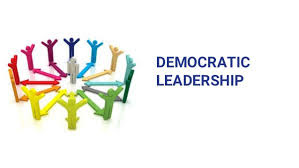 In addition to a new chair, the leadership elections taken tonight will likely see Mayor Zimmer made honorary chair and elect new Vice Chairs with long time Reform activist and Hoboken Zoning Board member Phil Cohen taking one of those roles. One Old Hoboken couple will see a member elected to a Vice Chair role and Kurt Gardiner, a commissioner on the North Hudson Sewerage Authority is anticipated to be voted as Sargent at Arms.

That's the dish on the new leadership but what steps will the new leadership take? There's been mention of influencing congressional seats in the House of Representatives but closer to home is the languishing divide between Hoboken's good governance and fiscal responsibility and the Column E brethren of HudCo, the one party controlled monolith expanding government spending at a rate propelling tax increases over 50% on Mile Square taxpayers in recent years.

That may be the ultimate challenge but the impact of the new Hoboken Democratic committee is likely to be felt closer to home starting with the November elections.


The rest of this story is MSV Premium content went out o members earlier.
If for any reason you don't see yours, contact smartyjones@me.com
To join and have Hoboken and its 2017 election coverage sent right to your email inbox sign up:
paypal.me/RomanBrice/75
Posted by SmartyJones at Monday, June 12, 2017