Today the United States celebrates its independence and those rights declared, too often forgotten, neglected or as commonplace these days tragically assaulted on multiple fronts.

The first 10 rights as would be later written in the Bill of Rights are listed below. A quick reading shows many myths and similarly many assaults being perpetuated on Americans today, often from within by foreign ideologies holding no historical or cultural place. Some of the roots of that infiltration can be traced to the Frankfurt School and Critical Theory, the means sought to tear down American institutions from within through an "abolition of culture." Among the elements sought in its place, an impositions on words, deeds and ultimately thought, with a rigid curricula of political correctness.

Americans have bristled and intrinsically rebelled at the attempt, a rebellion to this challenge of free men to free thought and speech and the implicit war declared on them by those who embrace the credo, "Who will save us from Western civilization?"

This at essence is what the Constitution represents; free thinking of free people who declared a new but uncertain path in the new America. On this Independence Day, spend time embracing your cultural heritage, the freedoms declared and its origins. Share it with others. 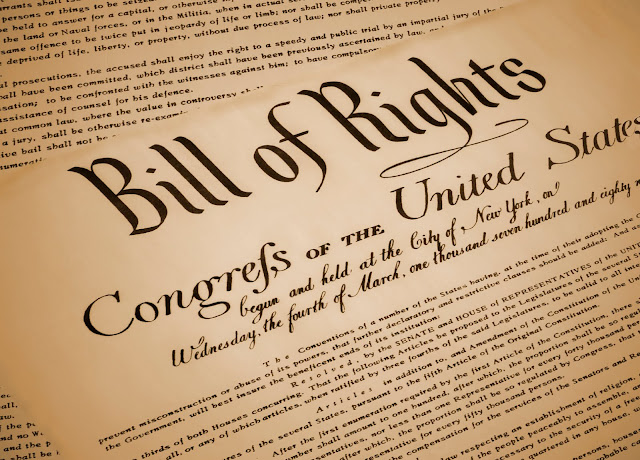 The Bill of Rights

Preamble to the Bill of Rights

Amendment 1 - Freedom of Religion, Speech, and the Press

Amendment 2 - The Right to Bear Arms

Amendment 3 - The Housing of Soldiers

Amendment 5 - Protection of Rights to Life, Liberty, and Property

Amendment 9 - Other Rights Kept by the People

Amendment 10 - Undelegated Powers Kept by the States and the People