On that censorship thing 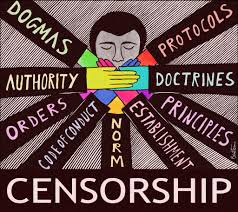 A late dinner invitation to an outdoor barbecue with local reformers and a nice Aussie led to some discussion on censorship.

Well, it's rather simple. It only required a response to false accusations and noting simple facts.

This Horse dared to venture in the land of party line thought and action on behalf of a candidate tossing in some common sense.

The unhappy website hostess was upset with earlier comment on the immigration policy of nations in Western Europe and Japan who were noted for taking steps to protect their citizens from massive male invasion and subsequently the dramatic increases in sexual assaults and terrorist murders seen in other nations.

In response to that factual mention on a post discussing a Supreme Court upheld temporary travel ban from seven countries in the US, came this comment in response:

A horse pointed out that like all UN nations, Japan does in fact actually have borders and that a personal greeting wishing Councilman Ravi Bhalla's father a very happy birthday had been extended only days ago.

A concluding question about her making false accusations set off a litany of deletions with the comment below being reposted and requests that it not be censored. The question was declared an attack. The pleas became comical with further deletions and yet more personal attacks on this visiting farm animal.

Talking Ed Note: I take no pleasure in this but people are already asking so here's the censored comment in its entirety. This after a litany of attacks by her here and there against this website in recent weeks. Never a complaint made here. Not. A. Single. One.

It's pretty sad, yes but what can you do? I'd like to add that I do hope that Mr. Bhalla had a wonderful birthday as I said with his beautiful family around him enjoying a great day.

Here's to many more Mr. Bhalla!