State of the race

Decades back, Hoboken was a scalding hot election environment. The rich tapestry of Hoboken election history is to put it mildly, colorful. Back in the day, institutional power was used rather liberally.

I had heard from Hoboken old-timers (and later read in Department of Justice files deposited in the National Archives) that under the reign of then-Mayor Bernard McFeely, dissent in Hoboken was viciously quashed. Protestors would be hauled into the police station—the mayor’s brother, Edward, was the chief—and some would leave with broken ribs and swollen faces. The McFeelys did not want anyone to disrupt what one critic called their “nepotistic republic.” More than 60 McFeely kin or in-laws, according to reports I later consulted, pulled down rich salaries in city posts during the Depression years, while Poormaster Barck denied desperate families aid, asserting that the city had insufficient funds for moochers. The McFeelys cultivated support by dispensing small, low-paying jobs on the city payroll; in return, their “friends” became the administration’s eyes and ears on the streets. They reported on the actions of dissenters and threatened them with harm if they spoke out. 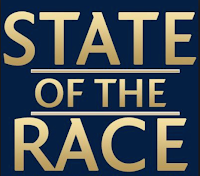 Tomorrow, more on the state of the 2017 Hoboken race in MSV premium.