The four major mayoral campaigns are uncorked on a beautiful global cooling summer in the Mile Square City but will first in mean first out of the ballot box in November?

That's only one of the main unanswerable July questions as many Hoboken residents have barely registered Mayor Zimmer pulled out of the November election with about four months to go.

The sudden withdrawal set off a tsunami of reassessment by many including the upstart Reform Resistance candidate and City Council President Jen Giattino.


A week after Mayor Zimmer stunned everyone with her withdrawal, Jen Giattino became mayoral candidate number four. Four major campaigns are now filling their respective three at-large council bills and making hay out in the streets.

Even on a summer Friday in July however, the Giattino for mayor campaign announcement saw the biggest traffic day all week. There's a level of interest forming for both her campaign and the public's interest to see who will be taking the reins at Hoboken City Hall.

City Council President Jen Giattino has a full fledged union member as part of her coalition and council slate. Expect to see union movement toward her on that front.  Is it true a rival campaign is telling voters she will be dropping out of the race even as the Giattino campaign is gaining headway? What did this Horse tell you to expect about dirty politics in this year's race?

MSV saw some scurrilous attack from a "friend" who decided the pre-announcement hint with a pun about Jim Aibel with an "Able Danger" graphic was a secret coded racist dog whistle on Councilman Ravi Bhalla. The one time pal said they weren't the only person in the crew of Zimmerite loyalists who interpreted this as an Al Qaeda linkage to the eight year councilman.

Now why would anyone make such an association to Hoboken's two term councilman who is neither Arab nor Muslim? Got racism much? As if! What was that MSV said only last week about paranoia dee, destroy-ya. What is it about power that makes people go mad?

The Mike DeFusco campaign has a bounty of riches and the Vision Media crew closely associated with Uncle Nick Sacco in North Bergen is getting ready to spend a whole lot of it. If their garish cartoonish mailers in Hoboken's past are any indicator, this race is about to get mega-ugly.

State Senator Brian Stack is reportedly unhappy with Anthony "Stick" Romano and considering backing another horse to see he doesn't get the top prize. An arch nemesis of Stack, a former police officer in Union City got a shout out at Romano's successful gathering at Sinatra Park. Hudson County View blew the lid off the story with a major scoop. 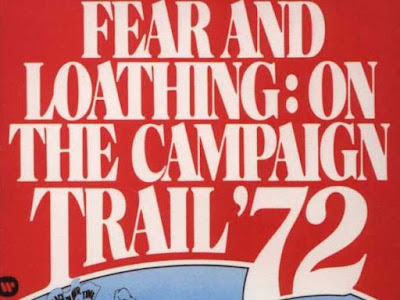 Who's the national candidate in Hoboken's hamlet? Are the national issues being touted by Councilman Ravi Bhalla's campaign due to the need for 54,000 of its citizens to change the dynamics of New Jersey governance on it's nine million residents or the hundreds of millions in these United States?

Some are already noting the cynical campaign strategy. It played out recently with the denouncements of the Vape Van owner. Except it went from a pile on to a First Amendment lecture as residents came out to ask what do you think you're doing? The residents and taxpayers were not pleased about another First Amendment lawsuit in the making.

The vocal and immediate prediction the Vape Van owner would face the loss of his business license for an ugly verbal exchange over a parking spot partially captured on video saw both Mayor Zimmer and Councilman Ravi Bhalla publicly announce that intended action. The public soured to the comments leading to blowback and a retreat. The City Council cut short any chance of another First Amendment lawsuit. Teachable moments people, teachable moments.