When numberscruncher becomes the Walking Dead

Oops, a Horse did it again. After a Reformer in BoE circles reached out proposing restraint and decorum requests by Grafix Avenger were made to see halted this farm animal from analysis, critique, re: political discourse in commenting on that website.

In turn, Grafix Avenger offered to not comment on MSV and risk getting a butt kicking (intellectually speaking) or ignored.

Some might recall, this Loser proposition sounds like a one way street based on the comments on MSV in recent weeks. Lots of MSV bashing, name calling with some self-promoting chest pounding.

As part of "the offer," MSV was told it could respond to attacks by others on Grafix Avenger. This farm animal declined to negotiate on any aspect of the First Amendment. We are both after all, local websites, public venues with public commenting or one would think.

A self-proclaimed numberscruncher arrived opting to slam ye old war horse yesterday declaring the repeated pleas against censorship and reposting of an innocuous comment there a day earlier as "spamming."

In reply to another Grafix Avenger commenter's request directly to MSV, a short comment was made. The "numberscruncher" proceeded to slam the response alleging MSV was desperately trying "to promote your own site on GA's dime?" Numberscruncher concluded somewhat angrily writing "GA doesn't make a fool of herself pretending to be" a "journalist," presumably unlike this pony.

Ouch, is there a Horse writer's guild available? A farm animal has been mocked!

Grafix Avenger replied to the numberscruncher, admitting she had commented on MSV yesterday taking a "quick step into the barn." She then went on to describe the repeated reposting of the innocuous remark and pleas it not be removed (published yesterday on MSV)  as "frightening."

Oh the drama. Over political discourse in one short innocuous comment?

So for the record, here's the latest MSV comment deemed an attack worthy of censorship. Hey, you should know your local farm animal didn't make any bodily threats or suggestions of violence or anything illegal, etc.

In an attempt to repost today, an intro by this Horse said in part:

"In advance and on behalf of the First Amendment, I would like to apologize that it "harasses" you just not on my site when you comment like yesterday and dozens of times recently. No, we don't like censorship and the reincarnation of Hoboken411." 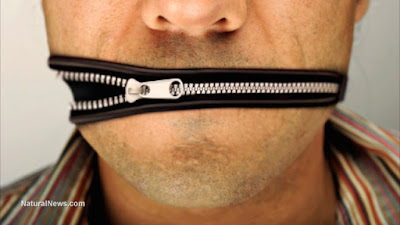 Talking Ed Note: It took only one reply to an attack on Grafix Avenger for this Reform hobby Horse to be censored and told how unwelcome it is and to "go away."

A little critique or illumination on issues might prove not helpful to the mayor endorsed candidate, don't ya know. Well, I'll be more careful where I place my hoof in the future. Don't want to step on any establishment powers or the Walking Dead.

There may be only one way out of this election debacle courtesy of Mayor Zimmer and company. #ReformResistance #VoteSmartInNovember

It's all so sordid and yes, shameless.