Hoboken to set national policy countering the Bill of Rights?

The August City Council meeting tomorrow will see a long and lengthy list of items. Among them the Suez Water contract and an odd item unrelated to any binding policy in the Mile Square City.

No one seems to know how it got on to the agenda and City Hall when contacted did not offer a response as to who is behind this non-binding resolution nor who is sponsoring it.

It's not like the Hoboken City Council doesn't have enough to do. There's a fat resolution pack for the single August meeting. 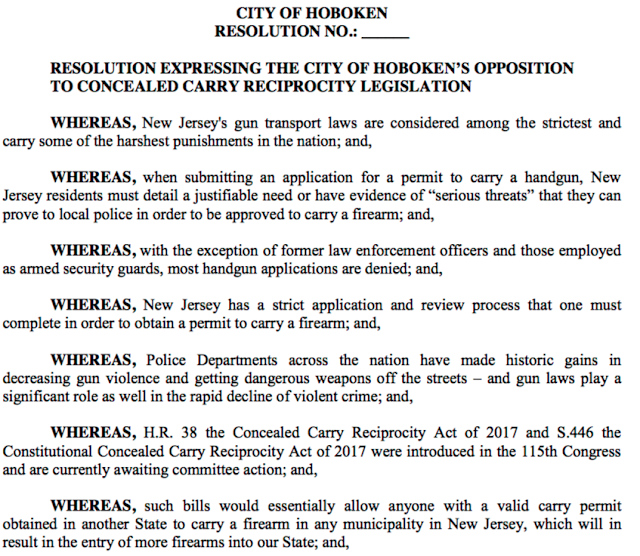 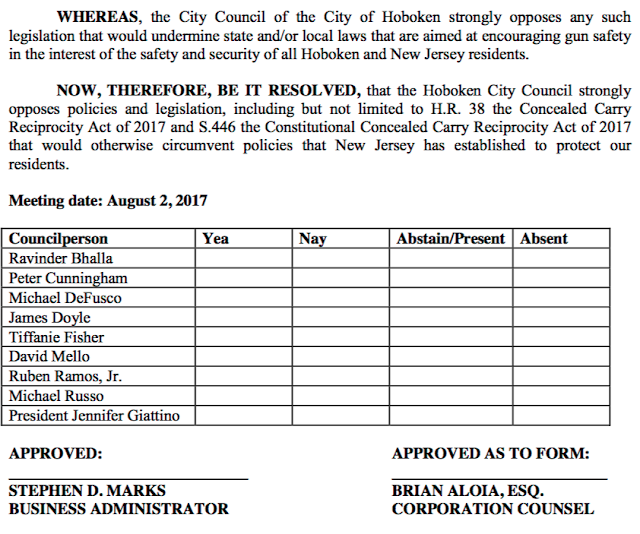 Talking Ed Note: Well, what cynical manner of resolution do we have here? Is Hoboken's local government going to set federal policy on the Bill of Rights and the Second Amendment.

Who might appear from the Bhalla for mayor slate to speak "out" against the civil rights of Americans under the guise of "gun safety?"

It must be some kind of national coincidence. What's next a treaty surrendering Hoboken to North Korea?