MSV is exclusively reporting a new telephone poll is out and unlike the previous one last weekend called "straight-up" and "professional," this one is loaded looking for bear against all its main rivals.

There's push poll negative questions directed toward each of three candidates in the poll aiming at Freeholder Stick Romano, Councilman Ravi Bhalla and City Council President Jen Giattino. Residents reporting the polls to MSV similarly conclude the poll is being sponsored by Councilman Mike DeFusco, aka the Shiny Penny.

DeFusco touts his youthful candidacy based on the shiny penny principle. Have observers distracted by a shiny object and not focus on his lack of experience, trustworthiness and substance of a council record. Similarly, the telephone polls offers some tells on the DeFusco Shiny Penny principle in action.

The poll reportedly taken by ABG Research is already encountering problems. Apparently, Hoboken households are tired of being repeatedly polled since July and are not being cooperative.

Among the pro-DeFusco elements is a mix of facts favorable to his candidacy and some less than factual attacks against his main rivals. On Freeholder Romano, the poll notes accurately he's running for two offices then says "he's gaming the system with a six-figure pension and a lot of real estate income, yet he continues to live in affordable housing." Not altogether accurate but in the ballpark of accurate.

Of Councilman Ravi Bhalla, the Shiny Penny poll says he is "connected to a law firm, a partner that represents lots of entities such as Suez Water, NJ Transit adding there are serious concerns about his ethics and conflicts of interest." On this front, it's mostly accurate as Bhalla is conflicted currently on acting as a councilman on both Suez Water and NJ Transit according to most legal observers familiar with the details.

Then the biggest wild (and cheap) shot is taken against City Council President Jen Giattino saying of her part time work in local real estate it "spells trouble for Hoboken" then falsely claiming "she stands to benefit financially from the city." Concern about a Giattino surge is evident with the gutter shot.

A number of test messages cite issues seeking to identify which areas the Shiny Penny Mike DeFusco should leverage on the Hoboken public. Among them the polls asks about interest in "vibrant restaurants," "constant water main breaks," "more parking and better parking technology" and "return Observer Highway to four lanes, three lanes out in the morning and three lanes in on during the pm rush hours." Observer Highway is likely to be a staple of more than one mayoral and council candidate.

One notable test message surrounds development. The DeFusco Shiny Penny Poll asks about interest in "coffee bars, wineries, etc." These happen to be some of the new shiny ideas DeFusco has tossed out earlier this year when he announced he would run for mayor.

Additional push poll ideas are added but let the Hoboken buyer beware! The Shiny Penny Mike DeFusco is looking to lock down some avenues to push in the final 47 days to Election Day. 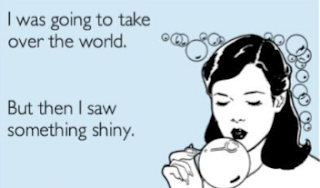 Talking Ed Note: Neither Mike DeFusco nor his campaign manager Ryan Yacco were contacted for this story. Neither has responded to requests for comment previously.


MSV publishes its commenting policy from time to time. It's been updated at the jump.

From time to time MSV posts its policies. Please make note when visiting and follow the golden rule. If you choose to comment, make it matter because it's likely to be seen by everyone from atop local government to your neighbors.

Mile Square View is my website. It is not a forum for inane debate, mudslinging or name calling - and of course directing same to the host is not excluded. My only goal is to give back to the town I love. And to remain America's most beloved pony.

This site is rated R. You may confess the worst thoughts about yourself. You can get it off your chest and confess to whatever you wish but if the language is in poor taste, it risks being edited or deleted. It probably won't but why push it.

You won't get censored here. It's boring and that's also part of the First Amendment. Da Horsey is a mainstream First Amendment advocate. As a caveat to this, MSV reserves the right to:

Edit comments for content, including removing signatures. We'll try not to but you should try to make your point and double check it for spelling and grammar.
Delete offensive comments and attacks (deemed such by MSV).
Block offensive comments or people who attempt to make up rules on behalf of MSV for MSV.
Delete spam and suspected spam with extreme prejudice, including posting under multiple handles, re: various names.
Keep comments on topic. There's some leeway and it's at the discretion of the host.
Don't make things up about others on screen names. You have evidence of a screen name go cry about it elsewhere.

Mile Square View is not responsible for the content of comments left on this site by other parties. (That's just the law, no one cares if you like it or not.)

Copyrights are important as you never know when you may find your
work stolen and used without your authorization. This also falls under
the seventh commandment: Thou shall not steal. That applies
to you, your Political Action Committee and your minion service to
your masters. No one cares about your rationalizations for theft.

Mile Square View reserves all rights to its material on this website noting unauthorized reproduction of MSV including stories and original photographs are prohibited. Any unauthorized reproduction will be assumed done at the predetermined price of $5.00 per copy, or $5.00 per view if electronically distributed. Short citations with credit to Mile Square View consisting of less than 50 words are permitted.