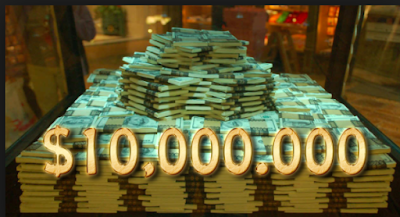 Mayor Zimmer sent a Nixle on the $8.5-10 million Hoboken owes to Suez Water.  Yet in over 1,000 words the word “debt” never appears.  Google defines debt as “something, typically money, that is owed or due.” There has been some nervous muddying from City Hall about whether the money is currently due, but there have been no claims that it is not owed.  While City Hall has kept it pretty quiet, Hoboken does, in fact, owe $8.5-10 million to Suez, and Mayor Zimmer has known about it for years.

But I can understand why she didn’t say so.  Admitting keeping an $8.5-10 million obligation secret raises uncomfortable questions: 1) How long did the Mayor know about this debt?  The Nixle alert says 2 years, at the last council meeting they said 4 years, and the reality is anyone’s guess.  2) Who knew, and when? Did city auditor Steve Wielkotz know? At the council meeting he said he didn’t, but the Nixle raises questions when it says “accountants” did. Which accountants? Which Council members knew before July? I know Cunningham, DeFusco, Fisher, and Giattino have said they knew nothing, and I think Russo and Ramos said so too, but I’m not sure on the rest.

Even Councilman Ravi Bhalla would be expected to answer – recusing yourself from a vote doesn’t mean you don’t have to answer to the public. And what about the Mayor’s former chief of staff, now manager of the Bhalla campaign? It’s kind of hard to believe the chief of staff didn’t know. 3) Was this debt disclosed in the annual audits, and in recent bond offering statements? My strong suspicion is no. Was it required to be? I think it extremely likely.  If some credible professional said it was ok to leave it out – as Mayor Zimmer implies in her Nixle – who were they, did they put those opinions in writing at the time, and why haven’t we seen the proof? It’s no wonder Mayor Zimmer is publically second guessing herself for going public on this before the election.

Does any of this matter? I think it does.  If “reform” means anything it means talking openly and honestly about what’s going on in City Hall.  Despite what has been implied, no $8.5-10 million forgiveness is coming, there is no Santa Claus, and even though you can refinance your mortgage – or your water bill – you still end up owing the money.  Why does this matter? Because when our elected leaders start hiding financial realities they invariably end by doing deeply damaging things as they struggle to avoid disclosure.  About 17 years ago a past administration put short term priorities over long term fiscal health and signed the awful water deal that haunts Hoboken now.  Had the facts not come out it could easily have happened again. Slow down. Get the facts. We’ve owed the money for years, we’ll still owe it in January.  Let the next Mayor and Council decide. They, and we, will have to live with those decisions.

Talking Ed Note: The gnashing of teeth at Sybil's Cave lacking a logical counter to Councilman Michael Lenz says all you need to know about the fear and panic the Suez debacle besets the Bhalla campaign.

The political decision to bury the debt of millions exploding in the Suez water contract since 2014 by rolling it into a new Suez contract extension is a standard Soprano State trick politicians use to bury mistakes in the hope the public doesn't ask questions.

The City Council sought a closed session briefing at its prior meeting with the city auditor and the financial analysis underlying the proposed contract extension. They were denied by the Zimmer administration. Is it to protect Councilman Ravi Bhalla and his conflicts heading into the election?

If you wish to submit a guest piece for consideration to MSV, please keep it to 1,000 words or less and send it with your contact information to smartyjones@me.com
Posted by SmartyJones at Sunday, September 17, 2017