The Hudson County View published its story on the late appearance of the Zimmer campaign report.

NJ ELEC has admitted it inadvertently screwed up. From the story:

ELEC Deputy Director Joe Donohue said in an email that Zimmer’s 2nd quarter report had been filed on time and was briefly taken offline “due to a staff mistake.”
The report has since been made available on their website again. 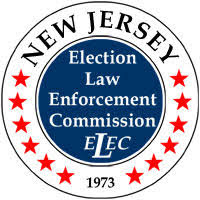 Talking Ed Note: The Zimmer campaign published the report as it has historically in the July reporting period. MSV published the complete NJ ELEC campaign report in an update yesterday to its Grist for the Mill column after the correction was made and the report published yesterday.

Posted by SmartyJones at Wednesday, September 13, 2017