'People's ribbon cutting for Southwest Park' set for Saturday at 4:00 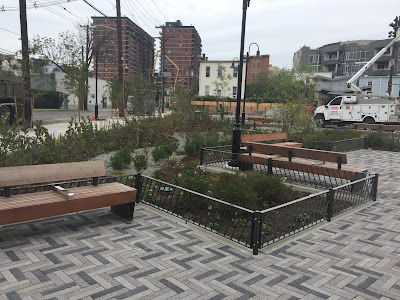 The opening of the Southwest Park marks the fruition of over a decade of effort by many Hoboken advocates, past and present.  From the formation of the Southwest Parks Coalition to the present day, residents in Hoboken’s Southwest and beyond have been advocating for a significant open space in this vibrant, up and coming Hoboken neighborhood.  This cornerstone piece marks the start of what hopefully will be an even larger park creation in the future.  This park is not only Southwest Hoboken’s first significant public, open space; it contains much needed flood retention technology to further combat flooding events in one of our most flood prone Hoboken neighborhoods.

All are welcome to attend, as we celebrate this moment with an informal and festive ribbon cutting, which we want all of our friends and neighbors to be able to participate in.  This is your park Hoboken, and it’s opening should be celebrated at a time when the maximum number of people who made this dream a reality can revel in its long-awaited start.

The Southwest Park is located on Block 12 in Hoboken, N.J., between Paterson Plank Road and Observer Highway, and Jackson and Harrison Streets in Hoboken’s Southwest neighborhood. 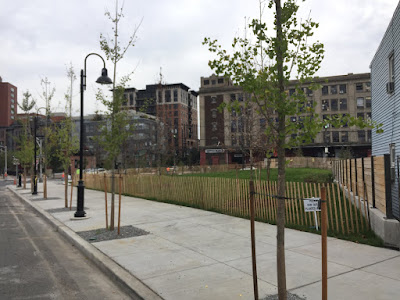 Talking Ed Note: Some explanation is required with this release. The Hoboken public doesn't know Mayor Zimmer set up a city ribbon cutting for tomorrow morning for media at 11:00 am with a later public event set for next Wednesday.

Two of the current council members, Dave Mello and Ruben Ramos are joined by Southwest Park activist John Gregorio to hold this event Saturday when all are available, as emphasized in the release. Both of the council members work as most of the public at that time and are not available for tomorrow morning's Mayor Zimmer's selected ribbon cutting time.

You can probably guess who will be among those attending the mayor's ribbon cutting. 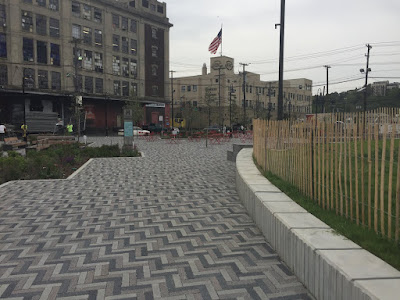 Posted by SmartyJones at Thursday, September 21, 2017