They're back! Hoboken phone poll underway

There's yet another telephone poll going around Hoboken. Before the questions are bestowed on you the reader, a little word of warning about polls.

If the public is not provided the sample size, the number of likely voters or all voters, etc., you don't know anything about the internals of a poll. You're not suppose to of course as this is paid for by private groups/campaigns for their use not to enlighten you the public.

Between now and November, as earlier, you'll hear select information about a poll, people talking about polls and "telling" you how to think about any poll(s). 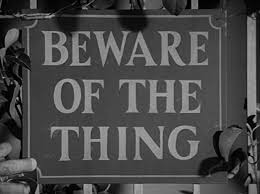 What they won't be talking about is the full complete internals, the full data about any poll. The only value in a poll for the public is to see those details, if it's a poll made public. Short of that, it's a little game people play to try to manipulate your choice, wait for it, at the poll.

The one poll that actually counts is taken by the Hoboken public on November 7th, Election Day.

In the interim, people will and have referenced "a poll" telling you how important it is for you to take this into account before you. You never get the details only what they want to tell you. Undoubtedly, it's the candidate they are already backing as they look at you with whimsical eyes when possible, hoping you take the bait.

Part of the entire poll game is to manipulate you to "join the inevitable," what is called the "bandwagon effect." Some may have noticed this psychological warfare didn't work  last November.

As an example, an informal poll in Hoboken might show 50% or more of the eligible voters describing themselves as "Undecided." Or they may not even ask if the person polled is undecided in order to generate a result. The polled would be voter may not even have a clear idea on who the candidates are in the race and hasn't focused on who they may consider voting for in November. None of this would show up in a poll. The saying, garbage in, garbage out applies.

Among this polled group of "undecideds," many if not most may break to or away from a candidate late in the race because of an issue or revelations learned prior to Election Day. They may also choose to not vote at all.

Keep this in mind when you hear anyone, ANYONE selling you a bill of goods about "a poll." It's why you don't hear MSV talking up any poll in Hoboken in more than eight years. Hoboken is a small voting environment and the idea any scientific poll of any value being given to you for free is not only unlikely to happen, it won't happen.

So having shared the secret sauce on polling and polling manipulation in Hoboken and elsewhere, here's reader questions submitted on the breaking Friday poll likely to stay around town for some days.

No, it's not scientific, your questions can vary. Often, questions can be changed, added or removed depending on what the people behind the poll are looking to do but that's entirely a different story. 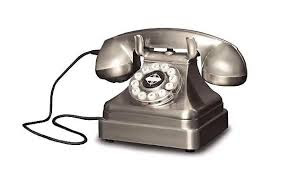 Are you a registered voter?
Do you live in Hoboken?
Do you hold any government position?

If you were told the following things about a candidate would you be more likely, likely, not likely or not at all likely to vote for them.

If the election were held tomorrow who would you vote for?
Murphy or Guadagno?
Bhalla, DeFusco, Romano, Giattino?

What is your age (given an age range)
How many years have you lived in Hoboken?  (variable - less than 5 up to more than 20)

Do you consider yourself:

Are you a registered Republican, Democrat, Independent, Other party?

Talking Ed Note: Before the cave dwellers arrive to make up what isn't stated here; the information above is reader submitted. It's not a claim you will be polled with the same exact questions or similar questions or these questions are the complete poll.

Who is behind this poll? Your guess is as good as anyone. When someone is taking to you about a poll keep in mind that without the internal data being published; the person telling you or writing about the poll is most likely seeking to manipulate you. Other than the motive to entertain the reader, in fact, the person trying to sell you on a poll thinks you're dumb. It's very condescending.

Lot of that going around.

Reader reaction: One reader after seeing this Saturday story, offered their perspective stating a poll sample taken in the Mile Square City can never capture the peculiar Mile Square City mix of politics and land up with bad data from a tilted sample size, phone types and neighborhoods polled. The reader added that the Hoboken population which on the surface seems homogenous is quite diverse in important areas on income, time living in Hoboken and non-political affiliations.

Posted by SmartyJones at Saturday, September 16, 2017