Correcting the Cave: another fabrication against Jen Giattino

Next week is the last council meeting prior to the November 7th election. Some are not handling the concept of a free and fair election gracefully and over at the cave, it's an open market and free-wheeling plethora of personal attacks, defamation and lies.

As but another example, a reader sent over this curious fabrication from earlier this week against Jen Giattino. There's likely to be no retraction as the truth is the first victim there nowadays.

The head lunatic at Sybil's Cave claimed the other day Jen Giattino "lied" on a pulled resolution for the October 18th City Council meeting. According to the diatribe seen below, it was another opportunity to pump out more fabrications attacking City Council President Jen Giattino.


The truth? An administration official wrote to the City Clerk's Office on October 16th writing, "The resolution to restore a safe climate (A4) was submitted by the administration prematurely so we would like to pull it."

The resolution will be on the agenda at the next City Council meeting next week. MSV understands City Council President Jen Giattino offered to sponsor it. 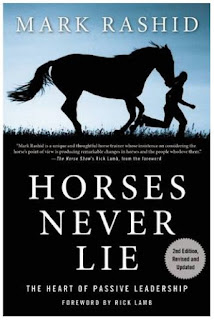 Talking Ed Note: With less than two weeks to go the ugliness in personal attacks against Jen Giattino and apparently anyone who publicly deviates from backing Ravi Bhalla in favor of Jen Giattino's mayoral bid is amping up or rather down into the gutter.

Will we see a retraction and apology for these latest unfortunate misstatements directed against Jen Giattino? Don't ask as you'll likely get a foaming cave dweller response along the lines of "go to hell."

"Loser" can no longer comment at MSV after multiple violations and three timeouts breaking the short simple rules. More recently, a charge was made of perjury against this editor by Loser resulting in a permanent ban. Send in the zombies but keep it clean. The simple short rules apply to everyone, even your friendly neighborhood zombie.
Posted by SmartyJones at Friday, October 27, 2017