Karen Nason, a Hoboken mayoral candidate submitted this in response to Rhavi Bhalla's mailer "I'm everything that Trump hates. A brown man wearing a turban."

Her letter is in response to the comments in Ravi Bhalla's mailer which she states, "I believe are divisive and everything this country does not need to engage in at this time.  This country needs to come together!" 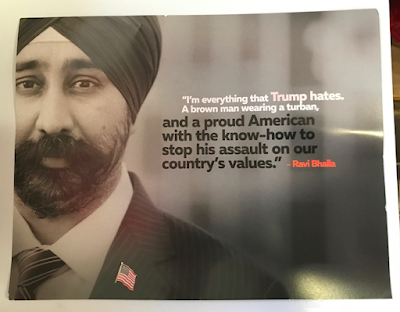 With all the campaign garbage so many put out, election season seems never ending. That’s why, as the only loud and proud Republican Mayoral candidate, I have refrained from wasting your time with empty adverts and nonsense promises. I have stuck to real issues – from creating a pro-small-business climate that will fill up empty storefronts, ending the tax/bond and spend philosophy coming from City Hall, ceasing the social engineering that is the anti-car crusade and bike lane obsession, fighting the cost of life increases those in City Hall inexplicably love to create when they negotiate bad contracts like the Suez deal, and more.


As a small business entrepreneur and singer, I have always had friends across the political spectrum. Today I’m writing you, my fellow Republican, because of our shared values. For too long we have seen the regressive Zimmerites negotiate bad contracts that raise our cost of living, prioritize bikes over parking, abuse eminent domain to build a southwest park (between some of the most unsafe intersections in the City), build benches for the growing number of beggars, and promote more big government bad ideas. In short, we have seen the social engineering our party and values are against because we believe in individual freedom, personal property rights, and the duty of government to get out of our lives and refrain from making living more expensive. Every other mayoral campaign includes and/or praises Zimmerites - I am the only candidate who doesn’t want to double down on the mistakes of the past.

While many office seekers would advise you only to vote for those who have aligned with them, I’m not like other candidates. I’m recommending Republicans vote for Joshua Einstein, Angelo Valente, and Michael Flett for City Council. Each one of these candidates is a Republican who has supported our values and contributed to growing the party. Einstein is a grass roots party activist who was recently elected to the Republican State Committee, a policy writer who brings clarity and common sense to the opinion pages, and has stood up for our values loudly and proudly. Valente, a longtime Republican leader in Hoboken, was elected to the City Council in the early 1980’s, served as the youngest City Council member at age 23, and once ran for NJ State Assembly on our GOP ticket for District 33. Flett has contributed to the success of the GOP by putting his money where his mouth is - he has donated to both Senator Rand Paul and President Donald Trump.

In the coming weeks, the cacophony of campaign mailers, calls, and door knocking will increase but despite the special interest politics and spending programs my mayoral competitors are all offering, the facts will remain the same. I was the first to declare my run - even before Mayor Zimmer announced her departure from Hoboken politics. I am the only mayoral candidate unafraid to run as a Republican, the only one hasn’t endorsed a former member of the Zimmerite coalition, and the only one who has correctly identified the issues. Our City has a government that is too large and intrusive, that is detached from the needs of the people, and that makes life more difficult and more expensive for residents.

On November 7, vote Karen Nason 1-H for Mayor, and Joshua Einstein 1-I, Angelo Valente 3-I, and Michael Flett 5-I for City Council. 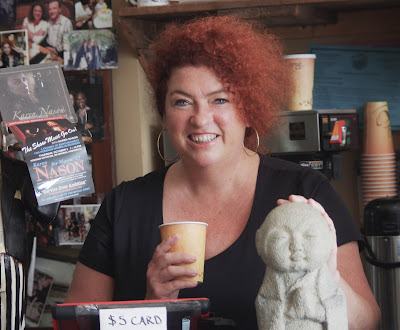