The Shiny Penny Mike DeFusco is shiny no more. The glimmer off the vestiges of Mike DeFusco running in 2015 on Mayor Zimmer's ticket as part of reform is officially DOA.

(There's no need to await a verdict on the upcoming Vote-by-Mail totals coming out of the Hoboken Housing Authority and senior buildings. That poop will be stinking up the place shortly.)

Is obliterating the Hoboken anti-wheeling ordinance, passed in 2011 as part of updating the City's pay-to-play ordinance the new energy and new ideas DeFusco touts?

Nothing says the end of your waning reform cred like breaking Hoboken's 2011 anti-wheeling. The ordinance was passed back in July 2011 after it had failed twice earlier when the council was controlled by Michael Russo and Beth Mason.

The anti-wheeling ordinance's passage came on July 1st, 2011 after the swearing-in earlier that day of a new councilwoman. Her name is Jen Giattino, the fifth and critical vote that day and for many days thereafter.

DeFusco yesterday on Hudson County View issued a weak and very tepid denial, along the lines of "nu-uh."

The DeFusco alleged violations total in the tens of thousands of dollars. 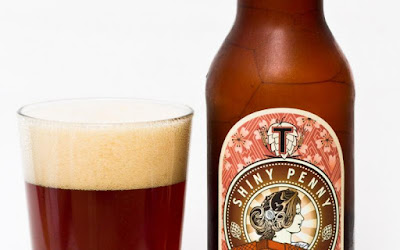 The release from Councilwoman Tiffanie Fisher late yesterday uncorked on her former running mate in 2015.

Hoboken Councilwoman Tiffanie Fisher filed a complaint today with the Hoboken City Clerk and Corporation Counsel’s office citing that Councilman Michael DeFusco, who is currently running for mayor of Hoboken, has violated Hoboken’s local laws that limit Political Contributions from PAC’s and Committees to $500.  In her complaint, she points to the last three ELEC reports filed for his Mike DeFusco for Hoboken Mayor and Team DeFusco for Hoboken accounts, showing 15 separate contributions, several having donated more than once, aggregating $71,400.  The majority of the PAC’s listed are affiliated with labor unions.

“In Hoboken, we suffer from a long history of corruption and malfeasance in our elections and as such, I have been actively fighting for honest elections.  In 2011, this law was passed specifically to help minimize the role and influence of special interests in our elections and our local government.   The fact that a mayoral candidate has willingly violated these laws for his own advantage in this important election for Hoboken residents is shameful.  I have requested that the law be enforced, and that Councilman DeFusco’s campaigns be fined the maximum amount provided under the law which is $285,600.”