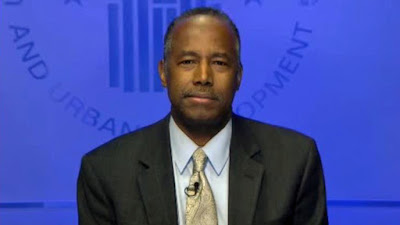 Office of the Mayor:

Hoboken Mayor Dawn Zimmer issued the following statement after the U.S. Department of Housing and Urban Development released $230 million in funding for the Rebuild by Design Hudson River project.
“Early this week we learned that the U.S. Department of Housing and Urban Development (HUD) has issued formal approval for the State of New Jersey to use $230 million in funds to complete the design and construction of the Hudson River Rebuild by Design (RBD) project. This critical project will protect Hoboken and parts of Weehawken and Jersey City from rising sea levels and the impact of climate change.

This is a major milestone for the long-term resiliency of our City. Thanks to strong community support, Hoboken is now on track to work with the State of New Jersey, Weehawken, and Jersey City towards the final design of this project over approximately the next 18 months. These federal funds are dedicated specifically for the Hudson River RBD project and are no longer at risk of being repurposed by the federal government for any reason. Completion of this project is now in the hands of the State of New Jersey and Hoboken, Weehawken, and Jersey City. Going forward, it will be important to work closely with the community and the State to finalize the design so that it can be completed by the funding deadline of 2022, providing essential protection for residents, businesses, and critical facilities.

This Rebuild by Design competition that started in 2013 not only allowed design teams to develop innovative solutions that would otherwise have been ineligible for FEMA funding, but it also provided a framework so that all levels of government could work together in parallel towards a common goal, avoiding years of delays. The Hudson River Rebuild by Design project is a comprehensive approach to flooding that also builds upon several City initiatives. This includes our three resiliency parks built with green infrastructure to reduce flooding from heavy rain. The Northwest Resiliency Park is currently being designed to retain one million gallons of storm water. The 2-acre resiliency park at 7th and Jackson is currently under construction, and the recently-opened Southwest Resiliency Park is targeted for further expansion. In addition, the City has implemented other projects and strategies that integrate with the RBD water management strategy. This includes the construction of the second flood pump, built in partnership with North Hudson Sewerage Authority, the adoption of redevelopment plans requiring the use of green infrastructure in new development, and successfully incentivizing over 100,000 square feet of green roofs on existing buildings through our zoning code. We are also making our energy system more resilient from flooding and other disruptions by working with PSE&G to combine and elevate our substations, installing permanent elevated backup generators at critical facilities, and moving forward with an electric microgrid to ensure the lights stay on even if the central grid goes down.

Thank you so much to the Hoboken community, including the Community Advisory Group, the dedicated City of Hoboken resiliency and sustainability team, the New Jersey Department of Environmental Protection and Department of Community Affairs, the U.S. Department of Housing and Urban Development, Weehawken Mayor Turner, Jersey City Mayor Fulop, Executive Director Richard Wolff and the North Hudson Sewerage Authority, and all the partners who worked to reach consensus and advance this vital project. Thank you to Senator Menendez, Senator Booker, and Congressman Sires for your continued support of all of these resiliency projects.

This Sunday, as we recognize the 5-year anniversary of Sandy, we invite residents to stop by at the Hoboken Historical Museum from 2pm to 5pm to reflect and celebrate how far we have come since that devastating Superstorm Sandy struck our City five years ago.”

A flyover animation of the conceptual Rebuild by Design project, including a park as defense strategy at the Hoboken/Weehawken Cove waterfront can be viewed at:https://www.youtube.com/watch?v=-JJGpmDdTT4.

Council President Jen Giattino’s response to the news that the U.S. Department of Housing and Urban Development released the $230 million in funding for the Rebuild by Design Hudson River project.
“It is an amazing moment for the future of Hoboken.  Congratulations to Mayor Dawn Zimmer for her hard work throughout this process. I hope she will stay on to continue her advocacy for Hoboken on this critical issue. Thank you also to all of the public officials and Hoboken residents who have added their voices and time to this worthy goal. I was Council President when Hoboken was awarded the Rebuild By Design project and along with the full support of my council colleagues I worked side by side with Mayor Zimmer to advocate for this project.  This is a big step in the process of making Hoboken resilient and sustainable.  I know that we will work together regardless of the differences we sometimes have to get this done for all the residents of Hoboken.”

“I am thrilled to see the Rebuild By Design project, which will protect Hoboken from rising sea levels and major storms, move forward.  The reality is climate change is real.  This $230 million for comprehensive flood protection provides Hoboken with a once in a lifetime opportunity.  I'm incredibly proud to have  actively supported this project every step of the way, including serving as a co-chair of the RBD Community Advisory Group and helping to move this project forward with the members of the CAG and the public.  As Mayor, I'll be 100% committed to completing Rebuild by Design, making our City more resilient and less flood prone for the long term.”
Posted by SmartyJones at Thursday, October 26, 2017