The following analysis is based on public information and a news story yesterday appearing on the Hudson County View with the considerable opinion here gained covering Hoboken for more than eight years.

The Bhalla campaign seeing mounting criticism with the discovery of a PAC by a transportation union that earlier endorsed him from outside Hoboken backing the NJ Transit development plan in Hoboken finally commented on the escalating controversy.

In a statement to Hudson County View, the Bhalla campaign said the infrastructure plan announced yesterday was "not in any way related" to the union backed PAC that recently endorsed him, Local 825, the International Union of Operating Engineers.

The Hudson County View story confirms the PAC, Stronger Foundations, Inc. is run by Christopher Lalevee of the Local 825 union.

Television ads by the PAC have been running since Friday urging Hoboken voters go out and elect him mayor in the upcoming Tuesday election. The ads are running on the Fox News Channel's Sean Hannity show and also appear on other cable stations.

HCV also details some of the monies already spent on the Hoboken's mayoral race into five figures. The final tally of the Bhalla endorsing union PAC, Stronger Foundations, Inc. won't come until after the election.

From the Hudson County View story.


Furthermore, according to a October 10th report filed with the New Jersey Election Law Enforcement Commission, Stronger Foundations, Inc. spent $11,400 on the Hoboken mayor’s race as of the aforementioned date.
The majority of that money, $9,400, went towards a poll done by the New York-based McLaughlin and Associates, and the other $2,000 being spent on MWW Group – an East Rutherford public relations firm that also does work for IUOE Local 825 and LIUNA New Jersey. 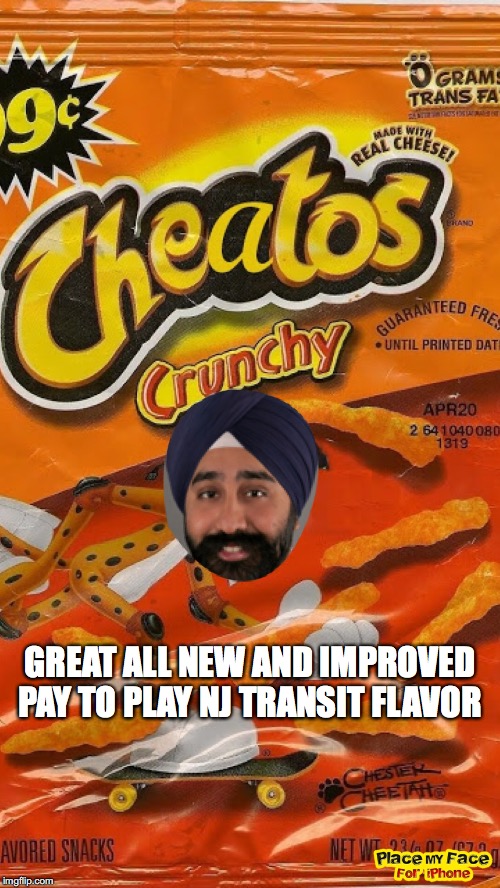 Talking Ed Note: There's been no answer explaining how the transportation union endorsing Ravi Bhalla and behind the PAC promoting the massive development pushed by NJ Transit is any shape or form compatible with Hoboken Reform good governance principles.
The Bhalla campaign declined  any comment on the record to the breaking story last Saturday but continues to send its press releases.
The Hoboken Reform Movement has never climbed into bed with big developers especially NJ Transit in anything resembling a pay to play relationship. Now the Bonkers for Bhalla fanatics at Sybil's Cave say it's perfectly fine. They complain this is political speech under Citizens United, a Supreme Court case many of them previously and publicly reviled. Now they cite it as a defense and betray Reform.
No one is challenging Ravi Bhalla's right to political speech nor those of his transportation union allies who endorsed him, nor their PAC TV ads tied to the proposed massive NJ Transit development. Their political speech rights have nothing to do with any deal agreed to behind closed doors without the public's knowledge.
Ravi Bhalla is a partner in the law firm Florio Perucci who counts NJ Transit like Suez water a client. For those of an open mind before voting on Tuesday, don't say you weren't warned.
Posted by SmartyJones at Wednesday, November 01, 2017