In the aftermath of the fallout, born is the Hoboken Resistance

Reform is kaput. There's nothing more to say about the movement after more than eight years on MSV where the death knell saw one mayoral candidate member turn on another in a cynical divisive mission to exploit and wreck any challenge to the baton handoff last June before City Hall.

The nuclear fallout from injecting the poison of partisanship into Hoboken's non-partisan election and decimating Reform is past. The fallout is here. What's left? It must be a return by Hoboken citizens to a focus on government accountability.


So is born the Hoboken Resistance. 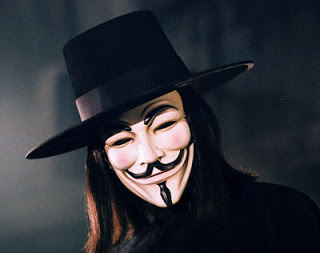 The thousands of readers here are urged to read on and keep an eye on government to ensure maximum accountability. The telltale signs are already ripped from many's eyes as NJ Transit is revealed last night AFTER THE ELECTION making a move on the Dry Dock and downtown Hoboken with the outgoing Zimmer Administration. This, mere days after the election and a union connected PAC spent tens of thousands, maybe six figures to see Ravi Bhalla elected.

In the end, Hoboken as any municipality gets the government it deserves.

Talking Ed Note: Time for some R&R heading to the hinterlands of the bluegrass state. In the interim, avoid the toxicity of lies, smears and defamation relied upon by those who enthusiastically condescend, lie and manipulate the reader from the cave. There's been far too much of it in this campaign season. As we know, scum on occasion rises and is often visible on the surface and some very scummy individuals placed their petty politics above all. Would you be surprised some don't even live in Hoboken?

The Hoboken Police have additional new evidence late yesterday and there's allegations of a local printer who has been used in midnight flyers in Hoboken possibly recently in this prior campaign. MSV has never had any connection to any political operation with midnight flyers but there's one toxic dark dank cave dweller website which is alleged to have one. All that evidence is now in the hands of the Hoboken police. Let the truth come to the fore!

See you on the backstretch but also see: