The election is over and the die is cast for better or worse. Hoboken returns into the hands of special interests as the flood of outside monies impacting its local election is now the de riguer standard.

Vive Le Special Interests! Let us worship in the shadow of the rising NJ Transit towers!

Hoboken pay-to-play ordinances have been rendered inert and Hoboken Reform is over as its cynical controllers opted to destroy the concept of the Big Tent centered on the principles of lower taxes, transparency and good governance.

You can be an advocate of political violence and an honorary member of Hoboken Antifa but registered Independents, Libertarians and Republicans are the political equivalent of untouchables in the new Mile Square caste system. Oh, and all the Democrats who didn't follow lockstep with the orchestrated baton toss from Mayor Zimmer to Ravi Bhalla in one fell swoop. That means all of them who backed Jen Giattino. How dare you "mutiny" against a back room deal with the democratic process!

What's truly beyond the pale is the amount of lying, smears and destructive attacks in the Hoboken mayoral election this year. The irony being that it was so bad by the self-proclaimed "positive" Bhalla campaign than some others. Of course Sybil's Cave led the way into the gutter as its fanatical HQ online, always eager and enthusiastic to lie, cover-up, and trash people: be it honorable council members, those not following the Hoboken Antifa party line or an election challenger for voting integrity.

Some people like Nancy Pincus did zero work but got a Bhalla campaign challenger badge to show up in the 4-1 right before the polls closed to obtain voting tallies off the machine. That's zero service to voting integrity, 100% service to politics.

If lies and taking the most spurious garbage peddled was helpful to the Bhalla campaign, Nancy Pincus-Russo was all-in. That is, when she isn't creating the many "Deep Uvula" voices in her head. Ok, sometimes she has a co-creator. Who can keep track of all Sybil's personalities?

Here's an Election Day rerun on only some of her lies from her insanity. Nancy Pincus writes of this credentialed election challenger who worked all day in 4-4 and the 3-1, "Meanwhile, I couldn't help but notice that the photo taken in 220 Adams of a horse loitering in a polling location that he was not assigned to Challenge in, well..."

Nancy, if you don't want to see your false and defamatory lies exposed further, maybe you should finally learn when it's time to shut the pie hole, step away from the keyboard and go pet the cats. Stick to the creative writing with your "Deep Uvula" and similarly made up characters.

More lunatic lies courtesy of Nancy Pincus-Russo: "In his own words he was credentialed to challenge in 3-1. So then why was he in 4-7? What was he doing there?"


Does Nancy Pincus-Russo stupidity end there? More fabrications followed with this moronic garbage:
"Does he disagree with what witnesses have alleged -- that he talked to voters, tried to persuade them to vote for Jen Giattino?"

What witnesses? This stupidity was already declared false and defamatory. Oh yeah, in front of the building, I did ask someone if more rain was in the forecast? That's not electioneering you dolt. Another person who supports Ravi Bhalla also asked to meet me there to say hello. That's what normal people do even when they support different candidates: talk. Versus what you do, lie.

Nancy Pincus-Russo then acts like she's somehow innocent of the repeated false accusations and defamation writing, "No need to get mad at ME." There's no reason to be mad with your litany of lies. You are a certified fanatical liar for Ravi Bhalla. This is once again a proven fact.

Here's a suggestion, re: a request. Go retract your false and defamatory lies Nancy Pincus-Russo! Not that people will be returning your childish text demands anymore.

Is there anyone, a lawyer or someone with common sense who can get Nancy Pincus-Russo to stop? Not likely, they will defend if not praise her bad behavior, defamation and scurrilous lies until the next time she steps into it which won't be long now. 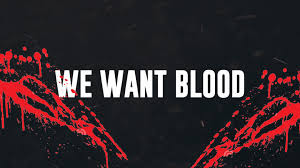 Talking Ed Note: The election night win wasn't so celebratory for the Bhalla campaign. Word of an "enemies list" filtered out from Moran's. Among those named for retribution for daring to dissent, a Horse. There's whining yet about the Grist column on the leaked poll and the revelation of the special interest PAC first reported on MSV and later the Hudson County View.

What's wrong with these "bitter winners?" After smearing the reputation of Hoboken's finest public servant in City Council President Jen Giattino, what more blood do you want?