The big payoff for Carmelo Garcia anticipated with word of a settlement offer at the Hoboken Housing Authority evaporated at last Thursday's monthly board meeting when the proposed closed session never occurred.

It's unclear if the settlement set for approval is on hold or if some of the likely six voting commissioners of the HHA board and or its executive director are balking at the utter insanity of paying for more looting out of the agency. One commissioner is not expected to vote for her role in the four year long civil case.

While there's expectations the HHA insurance carrier will pay most of the anticipated price tag, the burden of higher annual insurance costs will be taken out of the HHA's operating budget and its residents for years.

A non-governmental source aligned with Mister Carmelo expressed interests in seeing the HHA vote to approve and suggested the payoff won't be restricted to the HHA as has been thought. The suggested payoff, uhh settlement is noted as follows:

Others have put the Carmelo slush payoff in the $1.2 million range. MSV published a payout being under a million. On Wednesday, the City Council will hold its final meeting for 2017. A scheduled closed session shows no such item for council approval where a payment would be made to Mister Carmelo.

City Council Appointments up in 2018

The lack of closure in the Carmelo civil case means the decks will not be cleared for Councilman Ravi Bhalla when he's sworn next month as Hoboken mayor.

By the way, the Hoboken mayor does not appoint Hoboken Zoning Board of Adjustment commissioners nor those to the North Hudson Sewerage Authority. Those appointments are made by the Hoboken City Council by law and the mayor does not get a vote.

No amount of crying at Sybil's Cave will change the law nor the majority of votes required by council members. The City Council will be making appointments to numerous positions on both the Zoning Board and NHSA. Will their criteria be performance or attendance?

Expect at least three or more applicants for the NHSA up for a five year term in January. Several former NHSA members are considering applying and some already have. It's the only paying board position in Hoboken. The stakes: $25,000 for a five year term.

Talking Ed Note: The street whispers of a big payoff in a settlement to Carmelo Garcia have been hush hush at government levels for weeks. No City or HHA commissioner sources will discuss the matter on the record. No one is denying MSV hit the bulls eye with its exclusive series of stories. Folks are hunkered down and looking for a way out, all without any public knowledge until the deed was done. It's like the Hoboken version of Congress with millions paid in sealed settlements for sexual harassment or worse. Some say it's past time to #UnsealTheDeals.

Don't Hoboken residents have a right to know?

Maybe some are getting cold feet over the ridiculous payoff and want to fight. After all, a serious complaint was filed by the HHA against Carmelo Garcia. They have all the evidence to show a jury what he did and the state of the agency when the end of his five year contract was terminated.

Higher up the official food chain, some say expect an onslaught of elected federal officials in Congress to hit the exits in a huge double digit wave this week and next. Maybe Dawn Zimmer can hire them in her fight against President Trump and global warming. How many ex-Congressman does it take to change a green light bulb? 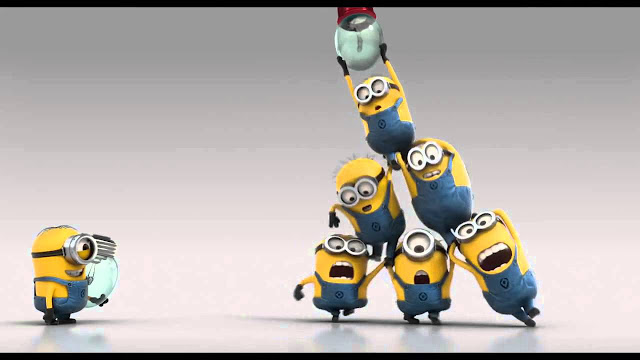 How to overturn an election, holiday tidings and fundraiser

Help MSV raise money to locate women who gave a phone number and were never called or were sexually assaulted with a glance while sitting in a robe when Donald Trump walked by.  At least one of three women went on TV to tell their tales of woe. One allegedly needed twice over seven figures or so to move ahead with harassment claims. You want to overturn the failed outcome of the Russian Collusion Hoax and impeach the President for something really "good" don't ya?

It's the end of the eight and so years for MSV and more than a million views per. So to all those who enjoyed the free stuff and never offered a nickel through multiple phony criminal charges and one big frivolous civil claim in all that time; the meter's ticking.

How much was he given and why? Obviously, this was kept quiet so it would not be a public issue DURING THE ELECTION!

So now ask yourself, who benefits?

Why is this matter of public concern being handled this way? No one would talk about the payoff, uhh cough cough, settlement.  Also the HHA website had nothing available on its agenda in advance of its meetings and transcripts going back months.

Suddenly, all the information appears and the November transcript now shows a settlement approved by the HHA board for Carmelo Garcia on November 9th, two days after the Hoboken election.

Notice how this was conveniently fed to a paid operative on the Bhalla for Mayor campaign?
Right before Christmas, convenient.

WHEN DOES THE PUBLIC GET THE INFORMATION ON THIS PAYOFF AND THE TRUTH WHY?

This is not different than the US Congress payoffs for sexual harassment. Those costs are in the millions and this settlement was as MSV originally believed under a million.

Does the Secretary of HUD Ben Carson know what was done? Well, maybe he needs to hear about this smelly deal.
Posted by SmartyJones at Monday, December 18, 2017