According to independent sources, Mayor Fulop will not be attending.

The story of Councilman DeFusco's fundraiser, the Jersey Mayor's special guest appearance and a "big announcement" came out over the weekend on Grafix Avenger.

City Hall sources say the Mayor and some City Council members had not received any invitation to date.

The DeFusco fundraiser has sent heads chattering over the chilly weekend with anticipation the one-year councilman was preparing to announce a run for mayor. The first ward councilman did not respond to a query why Mayor Fulop had withdrawn. Jersey City sources last week did not acknowledge the February event on the record and no confirmation on the withdrawal is available this early am.

Independent sources say the anticipated mayoral candidacy of Freeholder Anthony "Stick" Romano may be hitting a snag with the county legislator getting cold feet after the devastating sweep by the Mayor Zimmer endorsed Forward Together Board of Education ticket last November. Romano worked to elect an opposing slate, Parents United.

Similarly, those independent sources say Councilman DeFusco showed deference to Romano's anticipated mayoral bid but informed him if he chose not to run for mayor in 2017, he's "ready to go."

Councilman DeFusco in an early morning note sent to MSV stated that invites to his fundraiser for the mayor and others went out Thursday. The statement implicitly denies any intended mayoral bid posing the event as funding for "community outreach." The statement reads:

"As announced I'm having a fundraiser for my council fund and the mayor and City Council have all been invited. I arranged the event with my fundraiser and secured the venue in early December with the intent of raising money to support my community outreach. At the time invitations were sent out, I was unaware that Councilman Bhalla planned to have an event on the same date and time. As of today, I have not seen an invite for Ravi's event and I'm hopeful he'll reconsider his scheduling before he does dispatch. 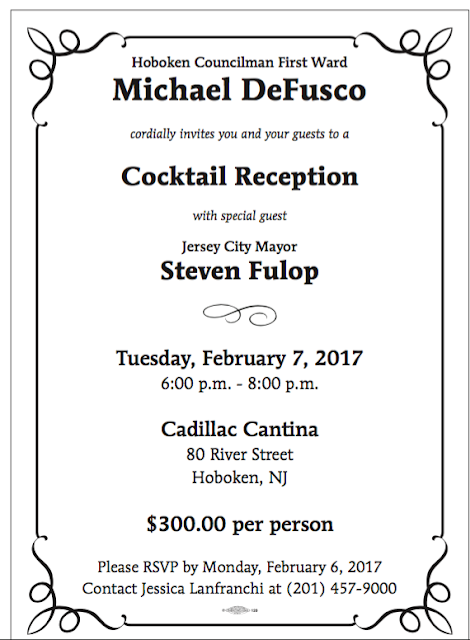 A fundraiser with Mayor Zimmer is scheduled on the same date for Councilman Bhalla. Invitations for the competing event are out, according to Bhalla.

Freeholder Romano was contacted this early morning for comment on this story but unavailable. 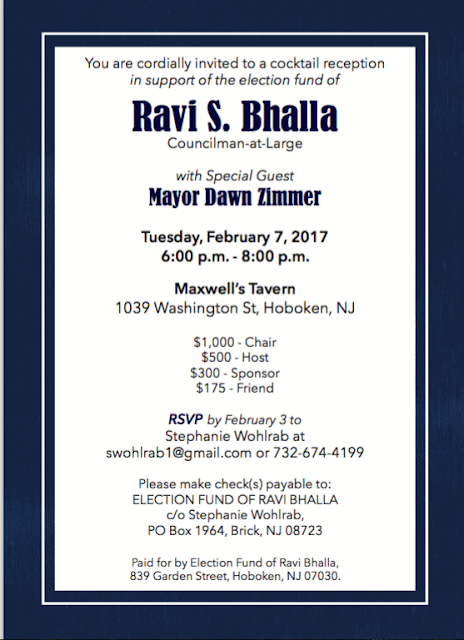 Talking Ed Note: December goes out like a lamb and January enters with a roar.