A tale of two candidacies, one definite and one less clear mark the week after Ground Hog Day.

On one side, incumbent Councilman Ravi Bhalla is seeking to get the gears going for a third term on Mayor Dawn Zimmer's at-large council ticket this November. She'll be his special guest Tuesday night as they begin the long road to November.

On the same evening, Councilman Michael DeFusco celebrates a year as the First Ward Councilman with a fundraiser of his own to no small amount of speculation. Originally billed with special guest Jersey City Mayor Steve Fulop and a big announcement, the glue came apart when the neighboring mayor suddenly withdrew when the event became news raising more than a few eyebrows.

Was a fuse shorted or are developers and unions open to rallying behind a dark horse candidate for mayor this November?


The rest of this story is MSV premium and will be emailed to members Monday.
Posted by SmartyJones at Monday, February 06, 2017
Election season officially begins with competing Hoboken councilman events
2017-02-06T08:05:00-05:00
SmartyJones
Comments

For some time, people have suggested there be a time put aside for the public to support the work here on behalf of the Mile Square City. So we'll give it a shot. There's a donate button below.

MSV now into its eighth year focuses on bringing illumination and accountability in the public square to those who hold office and impact its citizenry. The joke Hoboken politics is a contact sport; it's not a joke. MSV legal bills are available to those who wish to see the frivolous damages well into six figures. The cost however, in life, liberty and blood spilt on the ground of the Mile Square City is not recoverable. That's the price of doing business when you don't come hat in hand seeking favors or trade for personal enrichment. The tide in Hoboken through the leadership of some honest, solid officials, elected and appointed has turned. Completely. It's taken years and hard knocks for many along the way.

This editor has seen threats with fabricated and frivolous legal actions almost as numerous as its years of operation. Political operatives and lackeys eagerly filed false criminal reports and voiced their willingness to perjure themselves under oath with their paymaster eventually following suit on the witness stand in a court of law. All of those efforts failed and cause more than a little agita among the pathological liars. That destructive path remains unwinding.

There's been an internal rot of cancer feeding off the internal organs of this town in its public institutions for decades and putting it to pasture came at a price.  No complaint here. There was never any wavering or retreat. Not to attempts at physical intimidation and assaults, not to threats to ransack the home or the handful of utterly frivolous legal actions, both criminal and civil.

MSV has seen millions and millions of views and been influential in Hoboken news and elections back to 2009. There's too many exclusives to highlight here. It's not necessary to delve into the obvious; its impact has helped transform Hoboken for the better seeing removed a nasty political climate devastating to its political life and detrimental to fair and free public participation, political speech and transparency between government and the people it claims to represent.

The Horse can go on all day but won't. It's your turn. Speak now and hit the "donate" button or forever hold your peace.

Thanks for your kind consideration.


Talking Ed Note: Mayor Dawn Zimmer deserves much credit. She's promised to deliver a flat budget again this year. That means a record of flat taxes over her entire tenure, quite an achievement. In her first term, a hospital teetering on the verge of bankruptcy and tied to the town in bonds to the tune of tens of millions was one disaster averted. The most evil, heinous forces in this town sought to perpetuate the opposite outcome. No one is perfect but on the whole she's lived up to her creed and her promises. It's not very often we can say that happens in the political world.

A revamped council has an honest, spirited energy and its members are doing hard and important work, much of it outside council chambers. While one can agree or disagree on any specific issue, its members on the whole are working toward improving and aiding Hoboken, not cynically exploiting it.

It's a sign of the times, helluva ride. Up the Republic! 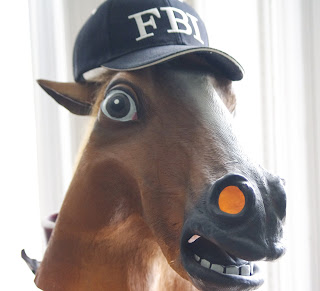 
He concluded by not only declaring Union City a sanctuary city, but even inviting the family members of illegal immigrants to come live in the urban North Hudson municipality.


“Union City, we’ve declared this many, many years ago, is a sanctuary city, but if you have family members looking for a place to go, bring them to Union City,” Stack proclaimed.

For the complete story, see the Hudson County View.

Talking Ed Note: At least five of the seven countries identified in President Trump's Executive Order are well-known jihadist centers of operation without a cohesive central government. A week earlier, Yemen currently engaged in a deadly civil war saw a US Special Forces operation strike an Al Qaeda base.

Iran, an authoritarian theocratic Islamic nation was again designated a leading exporter of terrorism by the US, a title its held back to the Reagan Administration.