The First Amendment is under attack and the Fourth Amendment lays tattered in a shredder.

What do reporters James Rosen, Sharyl Attkisson, the Associated Press and former Congressman Dennis Kucinich all have in common? 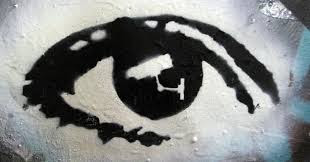 James Rosen has a story and his parents on Staten Island are party to it too. Declared "co-conspirators" against who?

Sheryl Attkisson, a former CBS reporter filed a lawsuit last October against the US Department of Justice for an alleged invasion of her computer. She claims being setup with not only the computer being taken over but several classified documents planted.

The Associated Press saw reporters "wiretapped" for months by the same DOJ.

Former Congressman Dennis Kucinich recounted earlier this month how a phone call he took in his Capital Office landed up coming back to him in a DC press story, clearly released by unknown intel agency sources involving Libya. He heard the actual recording in 2015.

Kucinich says the intel collected conversation was made and then leaked for "political reasons."

Who authorizes and then "unmasks" US citizens, reporters even national elected officials in such a manner using the highest level national intel resources?


Talking Ed Note: There's more on all this, far more of course. If you're aware, you'll note the sizable effort to stomp down the emerging truth in a war against the US Constitution and its citizens. Suddenly stories from the usual suspects about "possible" and "suspect" collusion with unnamed sources are popping up as actual evidence comes to the fore. Coincidence?

Where have we seen this routine before and ask yourself, why now?

For those brave enough who can handle the truth; a sneak peek: see what's all the fuss to suppress a congressional investigation with Russia mythology is about. In recent years, whistleblowers have faced more risk than ever before. Why?

One claims to have tried and having failed took drastic action. His name is Edward Snowden.
The next name you may hear if it's not suppressed by the Deep State and its media arm: