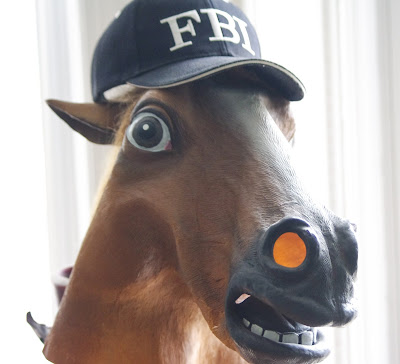 When wearing too many hats, no matter the justification trouble is likely to follow.

It caught up to former FBI Director James Comey who was terminated yesterday to some surprise in the swamp of the DC universe.

Comey, according to a letter by the Deputy US Attorney General General Rod Rosenstein stated the former FBI Director had taken his duties beyond law enforcement and recommending charges to federal prosecutors in the Hillary Clinton email scandal by putting himself into the role of prosecutor, a position not under the jurisdiction or control of the FBI.

Similarly in Hoboken, officials in no small irony have declared the verbal altercation in a video to be sufficient to declare and announce upcoming action as judge, jury and executioner on a business license for the notorious Vape Van.

There's been complaints running back months on that van's activities in residential areas of Hoboken to no good effect. Then with the appearance of a verbal altercation between street vendors, declarations are made and intentions announced to end its business license with a concluding resolution at the next City Council meeting.

Criminal conduct isn't concluded by unpopular speech, offensive conduct or reverential proclamations of "hate speech" as seen in a video. It's measured by the law with police investigation and prosecutors reviewing evidence before announcing action.

For any public official, mayor, council member, etc. to conclude short of same is immeasurably problematic especially when it intersects with the First Amendment. Reactionary virtue signaling responses cheered on by a mob shouldn't embolden such behavior; it should give one pause.

Related: Local editor Chris Halloran has awoken to the possible backlash leading to a First Amendment litigation over at Hmag.

It's a coincidence both MSV and Hmag are both harping on the matter today. It shouldn't be only Hmag and a horse sounding the alarm.
Posted by SmartyJones at Wednesday, May 10, 2017
Sign of the Times: Judge, jury and executioner
2017-05-10T09:17:00-04:00
SmartyJones
Comments