The following story comes courtesy of the Hudson County View:

The lone dissent and vote against the Southwest Redevelopment Plan came from Councilwoman Tiffanie Fisher in the vote as she stated:


“The thing that is frustrating to me is that there are a number of people here that weren’t part of the process [dating back to 2006]. The process to offer feedback hasn’t been inviting,” she stated.
“When I gave input by asking questions about the plan, in response I was effectively told that the questions would delay the process. Basically says that my only input is my vote. If that is the case, and I have these concerns, then I cannot support the plan tonight.”
Posted by SmartyJones at Thursday, June 08, 2017
Southwest Redevelopment Plan passes but questions loom with dissent
2017-06-08T13:09:00-04:00
SmartyJones
Comments

Put this one in the cockadoodle doo category.

Last night featured some serious City Council business and a number of public speakers but one late to the game started by complaining about the Vape Van incident and then went on with a six minute prepared rant against the First Amendment and slandered who knows how many people including this editor demanding they be sanctioned and censored!

The Vape Van was declared "hateful hate speech" and it went downhill from there. Subsidiary complaints with heaping helpings of slander for six minutes ranting against MSV, Grafix Avenger, BoE trustee Irene Sobolov, Council members Dave Mello and Ravi Bhalla among unknown others.

It was really quite entertaining if not actually newsworthy.

If you don't even know the difference between slander and libel as you yourself are literally slandering people, perhaps said slanderer should go get their medication adjusted. This way you won't land up as a defendant, you know, for slander.

As an actual point of fact, there's never been any claim made against MSV. Period.

Sanctions however were issued at Hudson Superior Court on behalf of this editor among others against Lane Bajardi and Kimberly Cardinal Bajardi. Read'em and weep.

Or better yet, read the standing legal decision from Hudson Superior Court before the City Council. Then at least you might have a clue what you're talking about before calling for sanctions and the censorship of others. 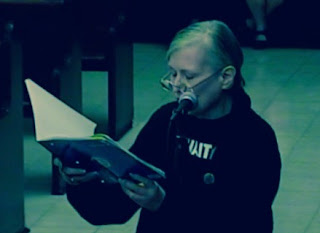